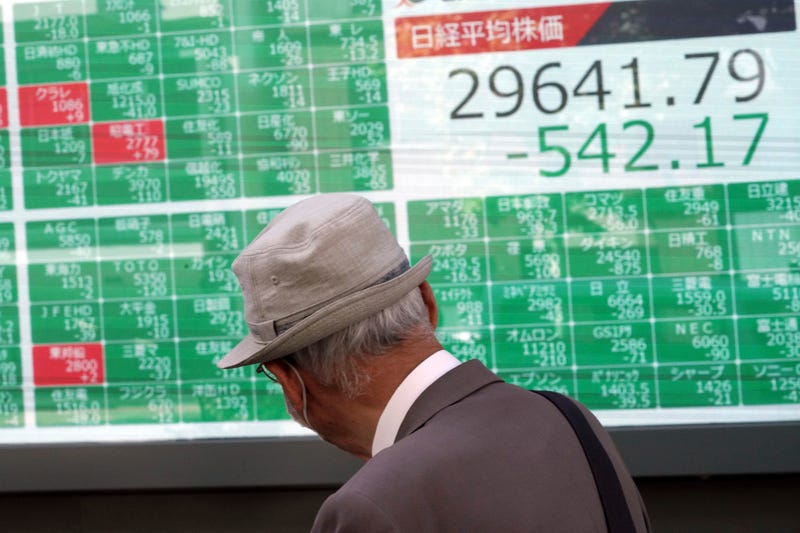 Bond yields started rising last week after the Federal Reserve sent the clearest signals yet that the central bank is moving closer to begin withdrawing the unprecedented support it has provided for the economy throughout the pandemic. The Fed indicated it may start raising its benchmark interest rate sometime next year and will likely begin cutting back the pace of its monthly bond purchases before the end of this year.

A rise in yields means Treasurys are paying more in interest, and that gives investors less incentive to pay high prices for stocks and other things that are riskier bets than super-safe U.S. government bonds. The recent upturn in rates has hit tech stocks particularly hard because their prices look more expensive than much of the rest of the market, relative to how much profit they’re making.

Chipmaker Nvidia fell 4.4%, Apple slid 2.4% and Microsoft fell 3.6%. The broader technology sector is also contending with a global chip and parts shortage because of the virus pandemic. That could worsen as factories in some parts of China are idled by power shortages.

Energy was the only sector in the S&P 500 that wasn't in the red. Exxon Mobil rose 1% and Schlumberger gained 2.4% for the biggest gain among S&P 500 stocks.

COVID-19 remains a lingering threat and is still taking its toll on businesses and consumers. Economic data on consumer spending and the employment market has been mixed. U.S. consumer confide