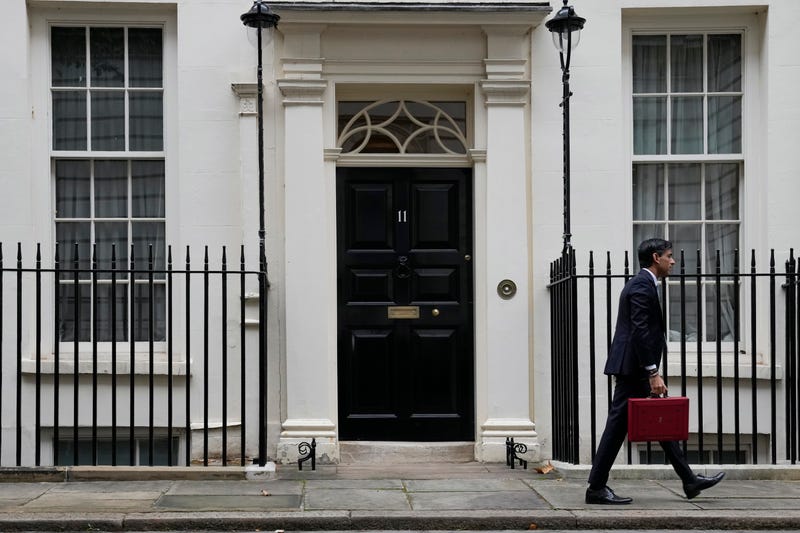 LONDON (AP) — The taxes on alcoholic drinks in the U.K. are being radically simplified in the biggest overhaul in more than 140 years, Britain's Treasury chief Rishi Sunak said in Wednesday in his annual budget.

The changes to the tax regime will now take into account a drink’s strength as opposed to what type of drink it is. The changes were a central part of Sunak's one-hour address to lawmakers in which he boosted spending on an array of pet projects in the wake of a stronger-than-anticipated economic recovery after the worst of the pandemic.

Sunak criticized the current tax system, which raises more than 12 billion pounds ($17 billion) a year, as outdated, adding that the changes would not have been possible if Britain had remained within the European Union. Beer duties were first introduced in 1643 by his predecessors in Parliament, when they levied a tax on alcohol for the first time to finance the Roundhead armies in the English Civil War against Charles I’s Cavaliers.

“Our new system will be designed around a common-sense principle: the stronger the drink, the higher the rate," the teetotaler Sunak said.

The changes, which take effect starting in February 2023, represent potentially good news for real ale, rose and sparking wine drinkers; bad news for those preferring something a tad stronger such as certain red wines, port or sherry.

The alcohol tax changes certainly took up more words from Sunak than environmental issues even though the U.K. is set to host the U.N. climate summit in the Scottish city of Glasgow within days.

Overall, Sunak painted a relatively rosy picture of the state of the British economy following the country's deepest recession in around 300 years as a result of the pandemic. The economy, which suffered the worst recession among the Group of Seven industrial nations last year, has been recovering in recent months following the lifting of lockdown restrictions.

However, unlike others in the G-7, the British economy won't have recouped all its COVID-related losses by early next year, and is likely to remain hobbled over coming months by a series of shortages that many blame on Brexit as well as dislocations caused by the pandemic. It is also experiencing big price rises, largely due to the sharp pick-up in energy costs.

Sunak said the government's independent forecasters at the Office for Budget Responsibility are predicting growth this year to be 6.5%, up from the previous prediction of 4% just a few months ago, and that growth next year will be 6%.

He also said that borrowing and debt will be lower as a proportion of national income than previously thought over coming years, an improvement that Sunak used to lavish cash around, from new hospital equipment to local community soccer fields, as well as Prime Minister Boris Johnson’s long-term priorities to “level up” prosperity in the U.K.

“He’s used that windfall to spend significantly more, especially in the next few years," said Torsten Bell, chief executive at the Resolution Foundation think thank. “The lasting effect of that extra spending is to allow him to partially reverse some of his own decisions.”

In his speech, Sunak said his controversial temporary cut in the government’s spending on overseas aid to 0.5% of national income will, according to the forecasts, revert back to the previous level of 0.7% by 2024/25. He also said he would make the welfare program more generous to low-income families beginning in December at the latest, just weeks after a pandemic-related uplift for all claimants came to an end.

Ahead of his statement, Sunak had already announced that spending on health care will go up to resolve a massive virus-related backlog in care and that the minimum wage for low-income workers will rise 6.6% beginning in April. He has also said the public sector pay freeze for military personnel, police officers and teachers will end.