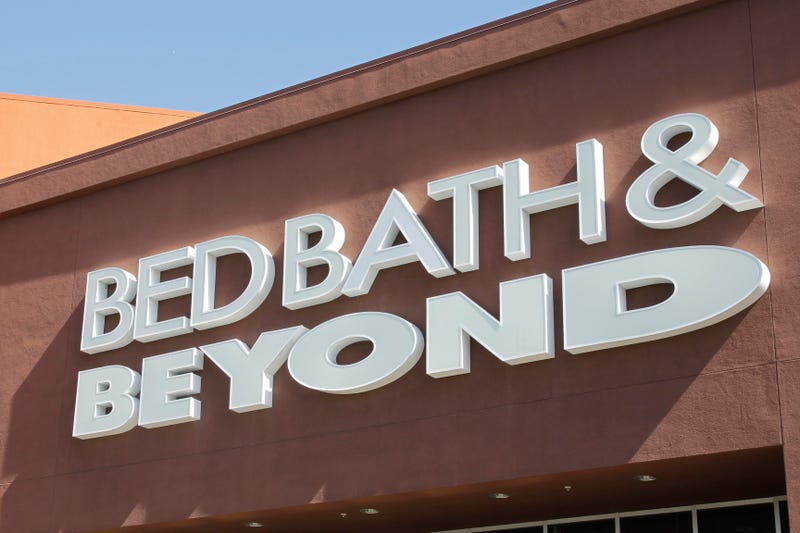 NEW YORK (AP) — Now comes the downside of the meme-stock craze for investors in Bed Bath & Beyond.

The stock fell 16% in after-hours trading Wednesday following reports that a big-name investor with a cult-like following may sell his stake in the struggling retailer. It's a sudden turnaround for a stock that had just quadrupled in a little more than two weeks, in part on hopes that the investment by Ryan Cohen could help Bed Bath & Beyond turn around its finances.

Cohen's notice of proposed sale came to U.S. regulators in a paper form submitted over email, and it said the RC Ventures investment firm may sell up to nearly 7.8 million shares of Bed Bath & Beyond, along with options related to the stock, beginning Tuesday. Cohen had built up his stake early this year into March.

Beyond the quick reversal in after-hours trading, the notice also triggered howls across the internet, where growing masses of smaller-pocketed and amateur investors have banded together to push Bed Bath & Beyond's stock “to the moon”

“BBBY is over,” one commenter said on Reddit's WallStreetBets forum, a hub for some of the discussion about Bed Bath & Beyond, whose ticker symbol is BBBY. “This was the killing blow.”

Others were vowing to hold on, or HODL, in the parlance of our times.

It's just the latest maniacal set of moves for Bed Bath & Beyond, which soared another 11.8% during the regular trading session Wednesday on huge trading volume. For a while on Wednesday, it was on pace to close a fourth straight day with a gain of more than 20%.

The inexplicable recent rise — a hallmark of so-called meme stocks — comes as Bed Bath & Beyond continues to lose money on plummeting sales as it struggles to navigate the post-pandemic retail landscape.

Bed Bath & Beyond fired CEO Mark Tritton in June after the company based in Union, New Jersey, reported a 25% drop-off in sales in its most recent quarter, which followed a 22% sales decline the previous quarter. Tritton, who as CEO of Target revitalized that retailer by introducing a bevy of new brands, laid out a similar plan for Bed Bath & Beyond in 2021, but with far less success.

It's hard to pinpoint why anyone would pour money into a company that's flashing as many warning signs as Bed Beth & Beyond, but it echoes the 2021 trend where small investors banded together in online forums to stoke a frenzy over certain struggling companies, like GameStop, AMC and Bed Bath & Beyond.

Bed Bath & Beyond shares also skyrocketed in March when the investment firm of billionaire Cohen took a 10% stake in the company and recommended that it sell all or part of its business. Cohen, a co-founder at Chewy, was at the heart of the GameStop meme saga last year after he took a stake in the struggling video-game retailer.

Cohen built a huge following on Reddit and on social media in 2021 as smaller investors gobbled up meme stocks.

One thread on WallStreetBets posted before Cohen's notice to sell became public blared “BED BATH AND BELIEVE," as chatter across the forum focused on how regular people working together can face down professional hedge funds who bet on the stock’s price to fall.

Neither Cohen nor Bed Bath & Beyond could be reached immediately for comment.