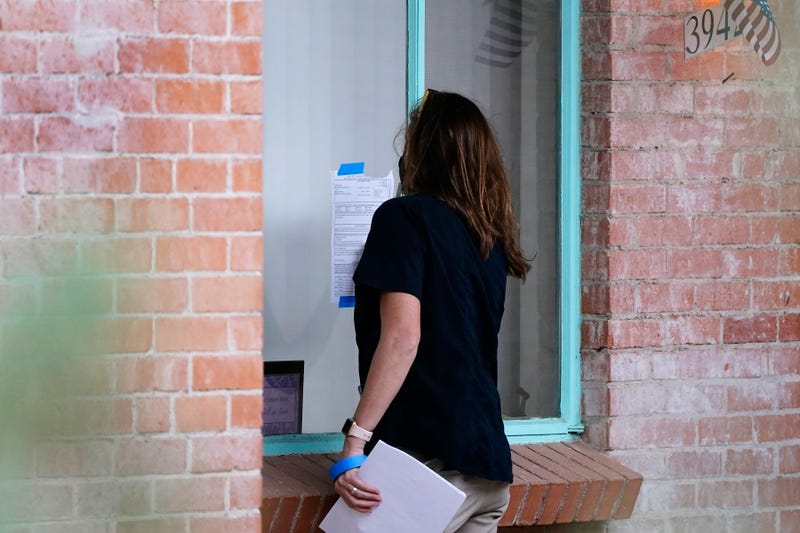 WASHINGTON (AP) — The number of households receiving emergency rental assistance has increased steadily in recent months, with no major increase in people being turned out of their homes despite the expiration of the federal eviction moratorium, the Biden administration said Monday.

Fresh numbers released by the Treasury Department, which oversees the Emergency Rental Assistance program, showed that the number of households receiving the benefits jumped 10% in September — up to 510,000 households compared with 459,000 in August.

“There has been no major national spike in evictions after the federal moratorium came down, with evictions filings remaining below historical averages,” the Treasury Department said in a statement, citing data from Princeton University's Eviction Lab.

Congress authorized $46.5 billion in emergency rental assistance late last year. But the initial rollout of the program was plagued by slow dispersal, with administration officials publicly blaming state and municipal partners for bottlenecking the process with excessive bureaucracy and slow reaction time.

In response, the government issued new guidance over the summer, encouraging states to cut down on paperwork and allow applicants to “self-attest” their hardship without providing bank statements or pay stubs.

The rental assistance funds are “making a meaningful difference in preventing the feared surge in evictions, but it is still not good enough,” Sperling told reporters Monday. “Even with the stronger performance, we know that if we don’t do better nationwide, hundreds of thousands of families will still unnecessarily face ... risk of eviction.”

The Biden administration allowed the federal evictions moratorium to lapse at the end of July, then revived it a few days later in response to pressure from political allies. But the Supreme Court ruled in late August that the administration lacked the authority to halt evictions, and Congress has not stepped in.

While the federal government now focuses on pumping money into rental assistance programs, the national moratorium has devolved into a patchwork of localized moratoriums, in places like Washington, D.C., Boston and New York state — all expiring on different schedul