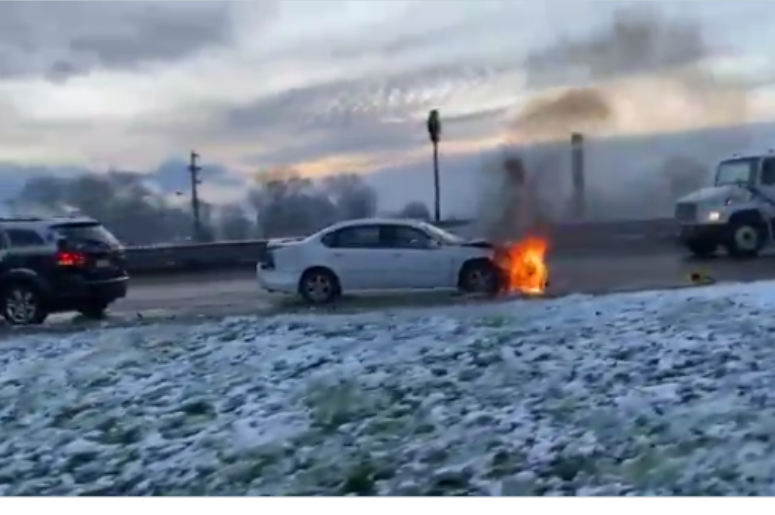 The roads across metro Detroit gave drivers an unexpected taste of winter this morning, with icy, snowy conditions that made thoroughfares treacherous.

There is a car on FIRE 🔥 on the Gratiot exit ramp from EB I-94. Also, I-94 is extremely slippery. And I-94 is blocked off in both directions at 12 mile. @WWJ950 @WWJTraffic @FOX2News pic.twitter.com/9ZOWfNIEsG

Michigan State Police Lt. Michael Shaw said drivers are learning the hard way that they have to slow down.

"I've probably said it about 15 times today but you just have to slow down," Shaw said. "Your car can't stop as fast as you think it can. If you have to jam on the brakes because you're following somebody too close, you're just going to spin out as well."

This wreck is on NB Mound to WB 696 in #Warren #traffic. Yes that is a convertible. pic.twitter.com/YaJKJB5nP3

Another picture (more daylight) of the mess on the ramp from EB 696 to EB 94. #traffic pic.twitter.com/mYDQRnv837

However, if you do crash, Shaw reminded drivers to stay in the car and call 911 -- Anything else is too dangerous.