ANN ARBOR (WWJ) -- A floor of patients at the University of Michigan Medical Center were evacuated Tuesday afternoon following a three alarm fire.

Michigan Medicine told WWJ an electrical fire started on the third level of the hospital. Ann Arbor firefighters and crews from three other departments were called to the scene.

Smoke did impact clinic operations, including forcing the health system to close down the emergency room.

There was an electrical fire in University Hospital on level 3. Everyone is safe, and the fire is out, but there was...

Ann Arbor Fire Chief Mike Kennedy told WWJ's Sandra McNeill the third floor is mostly for storing equipment. Patients, however, had to be moved from the fourth floor which includes the Neurosurgery Intensive Care Unit and hundreds of patient rooms.

"We used several hundred gallons of water to put the fire out. There was definitely a lot of water in the stairwell that we hooked our hose lines up to and they had dozens of people on scene working for both smoke and water evacuation," Kennedy said.

While cleanup continues, operating rooms at the Michigan Medical hospital will be working at reduced capacity. Some medical procedures have been postposed or rescheduled as a result.

No injuries were reported in the fire. 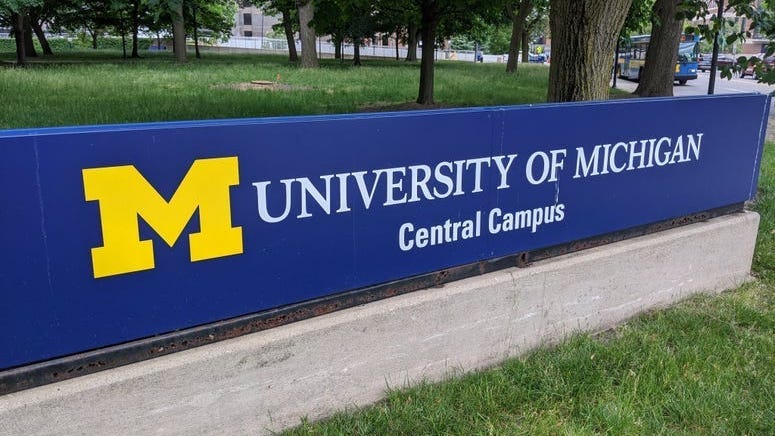