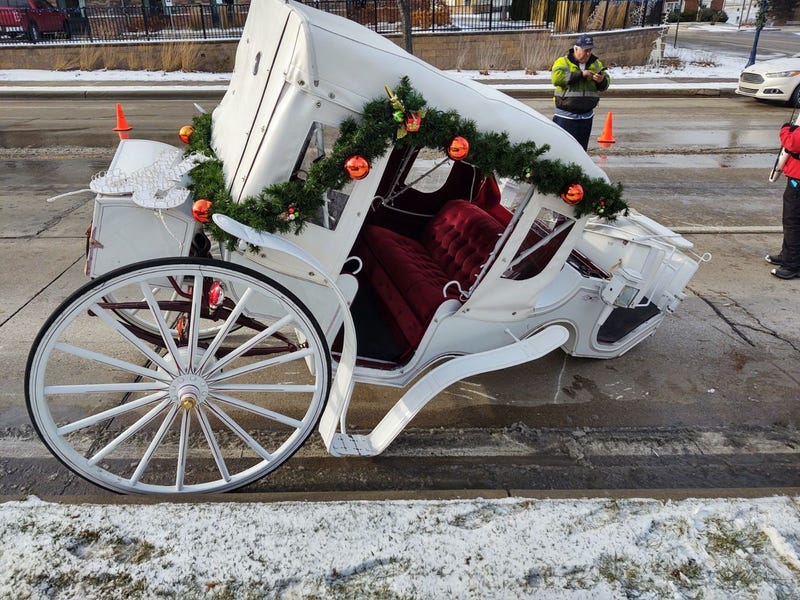 (WWJ) A suspect has been arrested in connection with a hit-and-run crash involving a horse-drawn carriage over the weekend in Frankenmuth.

Frankenmuth Police said one person was injured in the crash at around 12:45 p.m. Saturday on Main Street, in a popular tourist area.

Police said an initial investigation found that the carriage and another vehicle, described as a whiter Jeep Compass, were both traveling northbound when the Jeep hit the back of the carriage.

Reports said the horse appeared to be OK and was being evaluated by a veterinarian.

The SUV driver took off and later called police to say he hit a deer. However, State Police troopers linked the damage to the carriage crash and the man was arrested in Genesee County.

Meanwhile, people discussing the incident on social media say safe travel through Frankenmuth is a concern.

EricK Hempel said he's not surprised this crash happened, adding: "The town has way to much stop and go traffic and to many people who use Main Street to get from one town to another who are in a big hurry. Eyes on the road and slow down.

Toni Knoll commented: "Those carriages do not belong on that Main St .... so many distractions and the carriages move slowly. They need more than one flashing yellow light on the back." To which Kate Strohmaier responded: "It's part of the charm of the town! People in a hurry can stay on the freeway!"