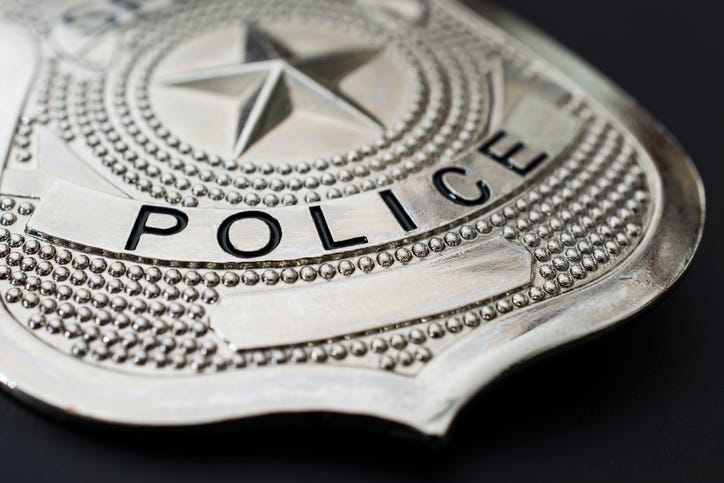 DETROIT (WWJ) The Wayne County Prosecutor’s Office announced the officers involved in the fatal shooting a 20-year-old Detroit man, who was having a mental health crisis and wielding a knife, will not face charges.

“Unfortunately, Mr. (Porter) Burks was fatally shot by the officers in self-defense and defense of others,” Prosecutor Kym Worthy said.

Prosecutors said a family member of Porter Burks called officers three times within less than 24 hours saying Burks, who had been diagnosed with schizophrenia, was outside their home on Detroit’s west side with a knife. The final call was made at 4:58 a.m. on October 2nd.

Five Detroit Police Officers arrived around 5:04 a.m. to Burks’ house, on Littlefield in the area of Fenkell and Schaefer, and spoke with his brother, according to prosecutors.

“He was very concerned because Mr. Burks was walking around the neighborhood with a knife and having ‘a real bad episode,’” prosecutors said in a press statement. 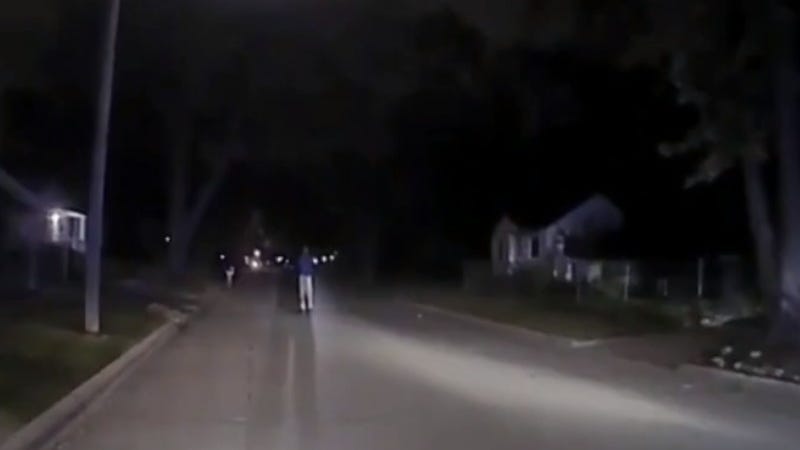 His brother agreed to go with the police to petition that Burks be admitted to a hospital. He added he would need a ride, because Burks’ had slashed his tires with a knife, prosecutors said.

Prosecutors said police found Burks about five minutes later on the next block over on Snowden, standing in the middle of the road.

The following events transpired, according to prosecutors: Officers announced to one another that Burks was still armed with the knife. Officer 1 told him “in a calm voice” to “drop the knife and he was not in any trouble.” At least three other officers formed a line to Burks, stretching across the road. Most of the officers had their weapons out and pointed down at their sides, and one officer had a taser, prosecutors said.

Investigation revealed the officers talked to Burks for about five minutes “in calm tones,” asking him to put the knife down so they could talk to him and get him help, adding his brother was concerned about him. According to prosecutors, officers used Burks’ first name, asked open-ended questions and; after Burks’ said he ‘wanted to get some rest'; police promised to take him wherever he wanted to go on the condition he dropped the weapon.

He told officers he “liked to hold the knife,” prosecutors said.

According to prosecutors, police warned him again, without making threats, to drop the knife.

“At approximately 5:14 a.m., Officer 1 continued speaking with Mr. Burks, who was pacing back and forth in the middle of the street. Officer 1 said, ‘We can get you home, we just need you to drop the knife.’ Suddenly, at a distance of approximately 40-45 feet, Mr. Burks took long strides directly toward Officer 1 and then broke into a run,” the prosecutors said in their Summary of Facts.

Mr. Burks’ arms were raised above his head, flailing, with the knife still in hand. The officers yelled more warnings to Mr. Burks and when he did not stop, they fired. Officer 1 took a few steps backwards. Mr. Burks was shot and fell to the ground near where Officer 1 initially stood. The officers stopped firing immediately after Burks fell to the ground, and the knife was kicked away from the area near his head.”

He was not breathing, prosecutors said.

Officers holstered their weapons and provided CPR while the police drove him to a local hospital, according to prosecutors.

He was pronounced dead shortly after arriving at the hospital.

“It appears that Mr. Burks was able to cover approximately 40 feet in under three seconds, approximately 35 of which were in the last two seconds while he was running with a knife, and police were shooting at him,” prosecutors wrote in the Summary of Facts. "Before he collapsed, he was approximately six to eight feet from Officer 1, the primary officer who tried to talk Mr. Burks into dropping his knife.”

The Wayne County Prosecutor’s Office said Burks was shot at nineteen times, including a shot at the top of his head, chest, abdomen, arms and legs.

“There is no evidence of close range firing,” prosecutors wrote.

Investigation indicates a taser was deployed at the scene, but there’s no evidence it “took effect on Burks.”

Eyewitnesses who were interviewed said police did everything they could to deescalate the situation, prosecutors said.

"The death of Porter Burks remains a tragic event that continues to call attention to the need for additional resources for those suffering from mental illness," Detroit Police Chief James White said in a statement.

Detroit Police said Burks has a criminal history. They have police reports of him assaulting two adults with a knife in March 2020; and using a knife in August of 2020 to injure a seven-year-old girl, reportedly the child of his mother’s boyfriend. He was never arrested or charged in either incident.

In July of 2022, the Wayne County Prosecutor’s Office authorized charges against Burks for allegedly assaulting a police officer who tried to bring him back to the psychiatric hospital after escape.

According to prosecutors, Detroit Police officers who responded the day Burks died did not know about his previous contacts with the law,  but his family did warn officers he had a history of violence. 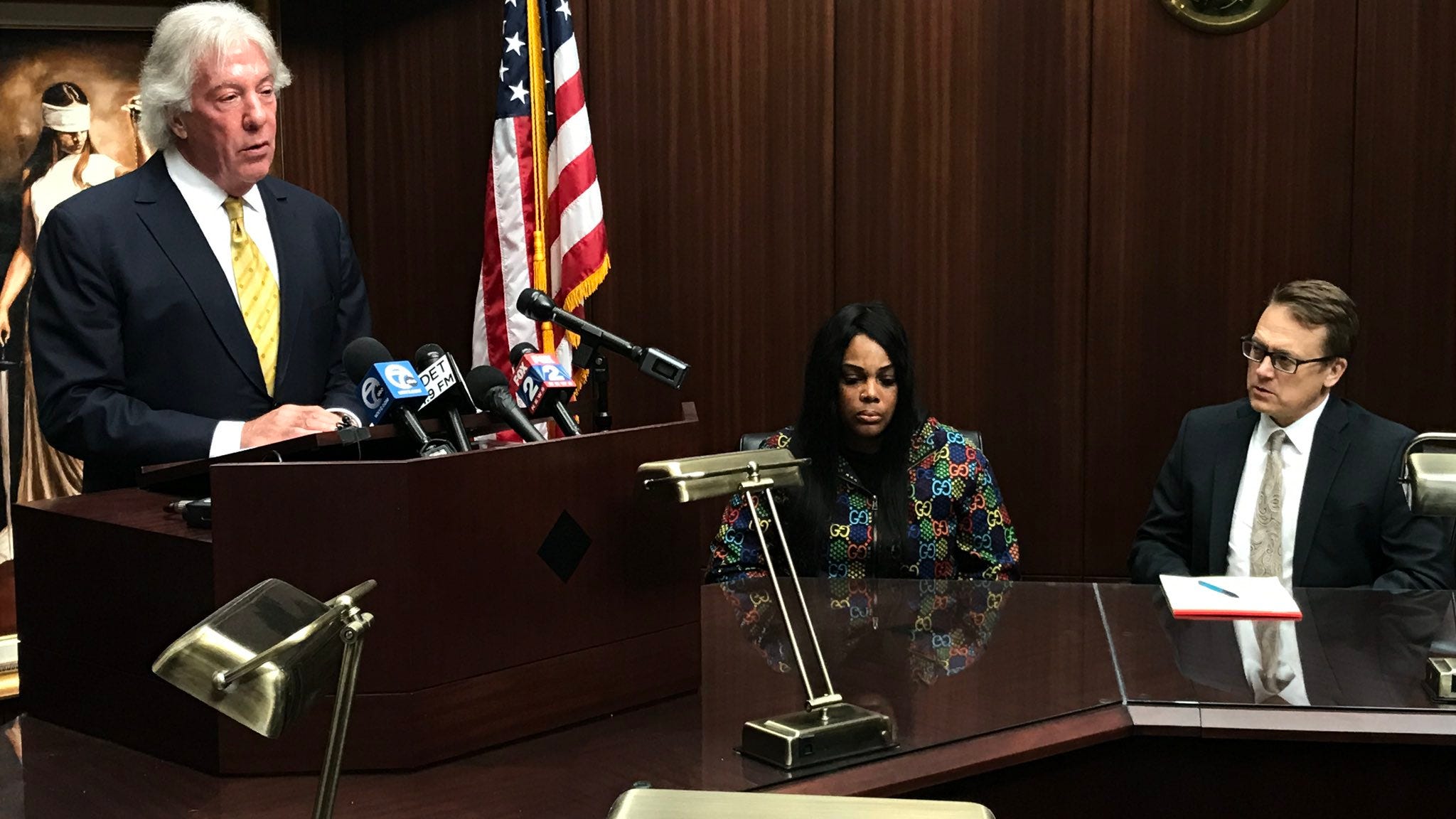 Prosecutor Worthy disagreed: “This is a truly tragic case…. The police spent a significant amount of time trying to get him to drop his weapon. He suddenly ran at them with the knife and covered the distance between them in approximately three seconds.”

Chief James White adds they hope to avoid similar tragedies in the future: "Enhancing and expanding mental health response and increasing crisis stabilization services remains a top priority for Mayor Duggan and the Detroit Police Department. We will continue to work with city departments and our community partners in this endeavor."

The death of Porter Burks remains a tragic event that continues to call attention to the need for additional resources for those suffering from mental illness. This includes reinstituting long-term mental health treatment centers, greater awareness of behavioral health challenges and additional training. It also includes recognizing our responsibility as a community to provide support, encouragement, and assistance to individuals in mental distress.

We greatly appreciate the time Prosecutor Worthy spent reviewing the facts and circumstances of this incident. Ensuring an objective review of such a tragic incident required the utmost professionalism within both the Michigan State Police and the Wayne County Prosecutor’s Office, particularly at a time like this when emotions are running high. Their independent review confirms that the actions of our officers were justified under the circumstances.

Enhancing and expanding mental health response and increasing crisis stabilization services remains a top priority for Mayor Duggan and the Detroit Police Department. We will continue to work with city departments and our community partners in this endeavor.

The actions of the officers were based upon what they observed and knew at the time of the incident. The officers knew they were dealing with a person who was reported to have a history of mental illness and to be in psychiatric crisis as reported by his brother. He was observed to be irrational, and the officers knew he was armed with a knife. They also knew that his behavior made his family so concerned for his safety and others in the neighborhood that his brother volunteered to assist in petitioning the court to have Mr. Burks taken to a hospital for evaluation. Officers also knew he had used the knife to slash his brother’s tires that night.

The officers were engaged with calm negotiations to try to get Mr. Burks to disarm himself. Mr. Burks was unprovoked when he charged toward Officer 1 and the other officers with a knife.