(WWJ) A 15-year-old boy is facing criminal charges after police say he threatened to shoot a school security guard.

The teen, who is a student at Taylor High School, had a loaded gun on him when he was arrested at the school on Wednesday.

The Wayne County Prosecutor's Office said Taylor Police were called to the school on Beech Daly in Taylor, just before 9 a.m., on a report of a disorderly student.

According to investigators, the teen — identified by police as an Inkster resident — had been ordered by the security guard to return to class. The student, police said, responded by threatening to shoot him.

Officers searched the boy, and found a semiautomatic handgun in his fanny pack. Police said the serial numbers on the weapon had been filed off.

It's unclear at this time where the teen got the gun.

No shots were fired and no one was hurt.

Prosecutor Kym Worthy has charged the teen as a juvenile with one count each of the following: Carrying a Concealed Weapon; Schools- Intentional Threat to Commit Act of Violence against School Employees or School; and Weapon-Free Schools - Possessing Weapon.

The teen, whose name will not be released due to his age, is being held in the Juvenile Detention Center on St. Antoine in Detroit.

He is scheduled to appear for a preliminary hearing Thursday afternoon, before Referee Leslie Graves. 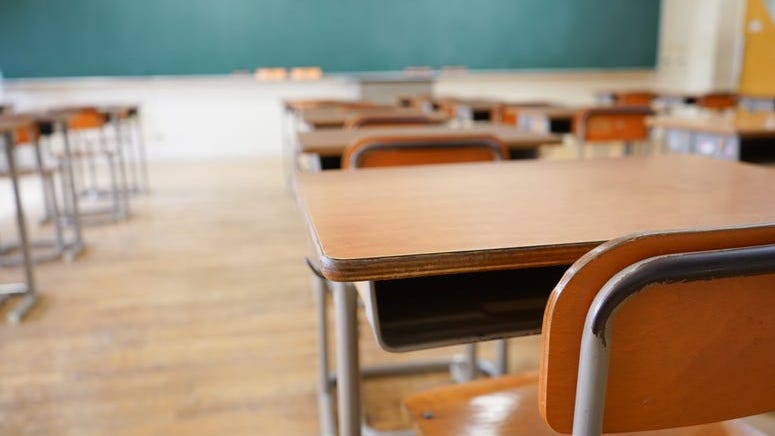