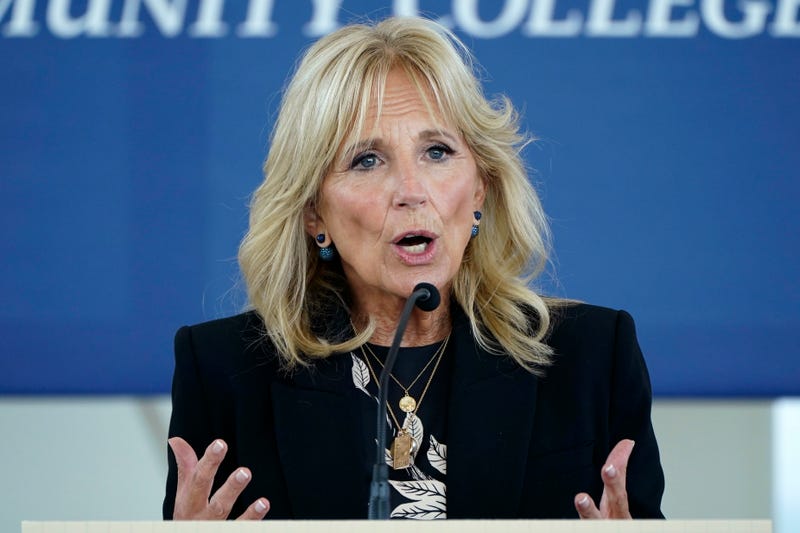 WEST COLUMBIA, S.C. (AP) — Jill Biden on Sunday returned to the South Carolina Baptist church where she says she began to repair her relationship with God following her son's death from brain cancer six years ago.

The first lady quietly flew to West Columbia for a surprise appearance at the 50th anniversary celebration for Pastor Charles B. Jackson Sr. of Brookland Baptist Church. But she ended up giving one of the most extensive explanations yet of how her faith wavered after Beau Biden's death and how she found her way back to God with help from her “prayer partner" — Robin Jackson, the pastor's wife.

Biden praised Charles Jackson for presiding over a ministry that helps feed the hungry, provides college scholarships and runs a health and wellness program.

“You brought countless people to God's grace," she told him. “You remind us that we are the body of Christ.”

But she opened her remarks by retelling the story of how she and Robin Jackson met, saying the relationship has “shaped my life.”

They met in May 2019, shortly after Joe Biden visited the church with his wife after he announced his candidacy for the 2020 Democratic presidential nomination.

Both women have said Jackson approached Jill Biden and asked to pray with her.

“And I don’t know if she sensed how moved I had been by the service," the first lady said Sunday. “I don't know if she could still see the grief that I feel still hides behind my smile.”

“But I do know that when she spoke it was as if God was saying to me: ‘OK, Jill, you had enough time. It’s time to come home.'"