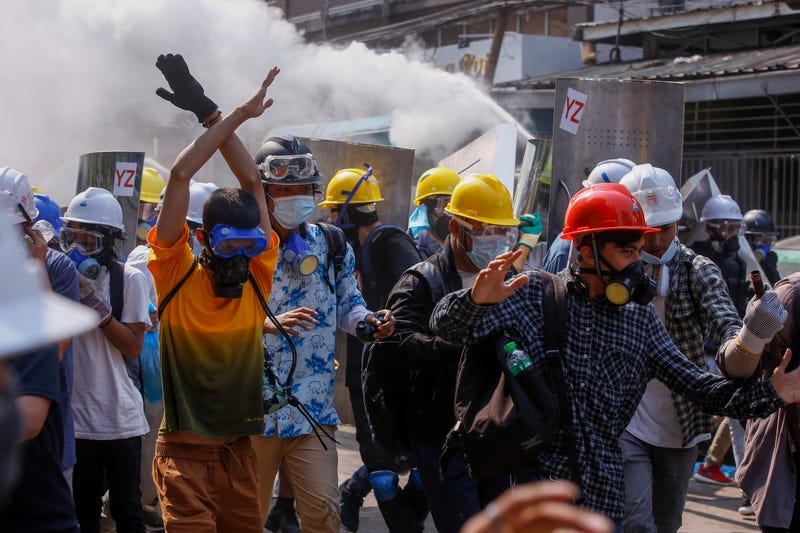 BANGKOK (AP) — In his speech last week to open the U.N. General Assembly, Secretary-General Antonio Guterres bracketed Myanmar with Afghanistan and Ethiopia as nations where "peace and stability remain a distant dream.”

He declared unwavering support for the people of the turbulent, military-ruled Southeast Asia state “in their pursuit of democracy, peace, human rights and the rule of law.”

But the situation in Myanmar after the army’s seizure of power eight months ago has become an extended bloody conflict with ever-escalating violence. Yet the U.N. is unlikely to take any meaningful action against Myanmar's new rulers because they have the support of China and Russia.

China and Russia are among the top arms suppliers to Myanmar, as well as ideologically sympathetic to its ruling military. Both are members of the Security Council, and would almost certainly veto any effort by the U.N. to impose a coordinated arms embargo, or anything beyond an anodyne call for peace.

When Myanmar’s army ousted the elected government of Aung San Suu Kyi, it claimed with scant evidence that the general election her party won last November in a landslide was marred by massive voting fraud. The takeover almost immediately sparked widespread street protests that security forces tried to crush. The pushback has left more than 1,100 people dead, according to U.N. High Commissioner for Human Rights Michelle Bachelet and right groups.

“The military’s iron grip on power faces resistance from large segments of the society. Weapons of war continue to be deployed in towns and cities to suppress opposition,” Bachelet said in a statement. “These disturbing trends suggest the alarming possibility of an escalating civil war.”

Human rights groups have cataloged many abuses by government forces, including the use of deadly force against peaceful civilian protesters and forced disappearances. But the army’s foes have also turned to terror, as even its sympathizers admit. Local administrators who refuse to abandon their posts are targeted for assassination, as are civilians tagged as informers.

“Sabotage and assassinations, these are not the norms in civilized society,” Mon Yee Kyaw, executive director of the Myanmar-based Nyan Lynn Thit Analytica think tank, said in an email interview. But due to the violence perpetrated by the military, tactics of bombings and assassination were adopted as defensive measures, she said from Thailand, where she is currently located.