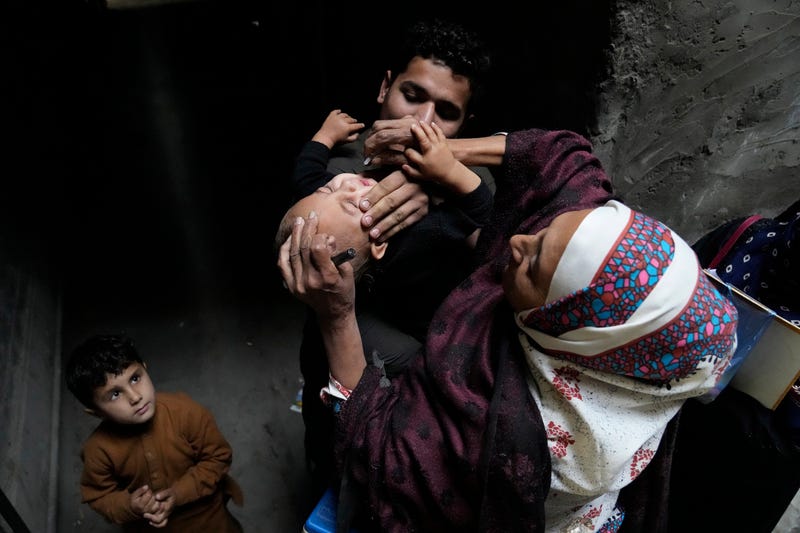 ISLAMABAD (AP) — Pakistani authorities launched a new nationwide anti-polio drive on Monday amid a spike in new cases among children, health officials said. It is the sixth such campaign this year and will last for five days, aiming to inoculate children under the age of 5 in high-risk areas.

The newest drive was aimed at Islamabad and in the high-risk districts in eastern Punjab and southwestern Baluchistan province. A similar campaign will be launched in the northwest in the first week of December.

Pakistan regularly launches polio campaigns despite attacks on workers and police assigned to inoculation drives. Militants falsely claim the vaccination campaigns are a Western conspiracy to sterilize children. Since April, Pakistan has registered 20 new polio cases and the outbreak has been seen as a blow to the efforts to eradicate the disease, which can cause severe paralysis in children.

Pakistan came close to eradicating polio last year, when only one case was reported.

Since then, the new cases have been reported in the northwest, forcing the government to launch anti-polio drives at small intervals in high-risk areas across the country. The last such campaign was launched earlier this month.

Pakistan’s anti-polio campaigns are also supported by the Bill and Melinda Gates Foundation which last month pledged $1.2 billion to the effort to end polio worldwide. The money will be used for the Global Polio Eradication Initiative’s strategy through 2026. The initiative is aimed at ending the polio virus in Pakistan and Afghanistan, the last two endemic countries, the foundation said last month.