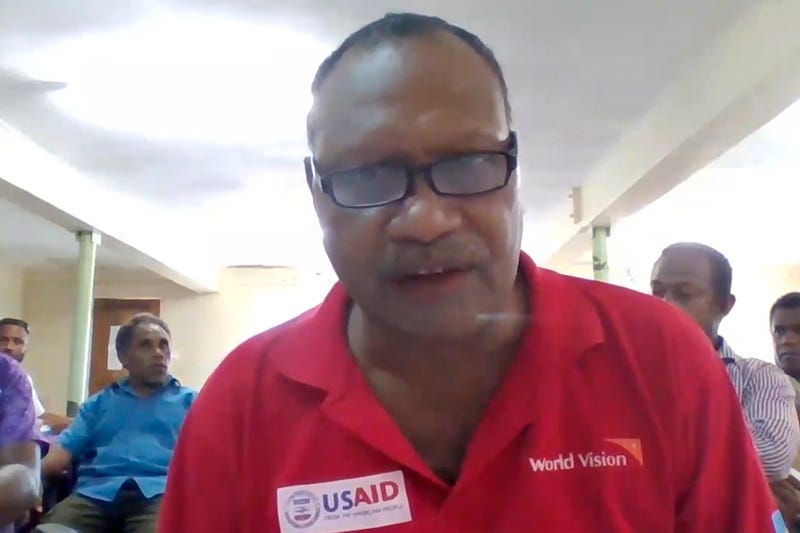 TAIPEI, Taiwan (AP) — The head of the most populous province in the Solomon Islands said the country would likely switch diplomatic ties back to Taiwan if the prime minister is ousted from his post following next week's no-confidence vote, after looting and violent protests shook the capital city last month.

Daniel Suidani, the premier of Malaita, said Friday he thinks the Solomon Islands should partner with Taiwan because they share democratic values.

Prime Minister Manasseh Sogavare angered many in 2019, particularly leaders of Malaita, when he cut the country’s diplomatic ties with Taiwan to recognize China instead. Suidani said the switch was done without adequately consulting the public.

The Solomon Islands faced violent protests and unrest last week as long-simmering tensions over economic issues boiled over. The National Parliament building, a police station and businesses were set alight during two tumultuous days in which police failed to control a mob as it wrecked parts of the capital city.

The dispute over the nation's foreign policy is just one of several issues on hand.

Suidani called for national dialogue to resolve the issues causing ongoing unrest in his country, and said the reasons for the violence are longstanding domestic issues over the economy and land rights, not foreign interference.

He said that increasing corruption, unemployment and informal settlements, or slums, were among the major factors leading to the violence in recent days. He also accused the central government of blocking economic development in Malaita. He said he supports further protests on Monday but will encourage people to do it through “legal avenues.”

In 2020, the U.S. government pledged a $25 million aid package to Malaita, which has been viewed by some as an attempt to gain influence in the country. Suidani, who was wearing a red T-shirt with a prominent USAID shirt logo on the front on Friday, said the package was a request from the Solomon Islands government.

He denied receiving financial aid from Taiwan, though he said the province received COVID-19 protective gear and health equipment during the pandemic from the country.

If Malaita doesn’t get its desired outcome in the no-confidence vote on Monday, the premier said, independence may be an option.

“Malaita province and its people will have to look deeper to see whether staying with Solomon Islands is worthy of anything at all,” he said.