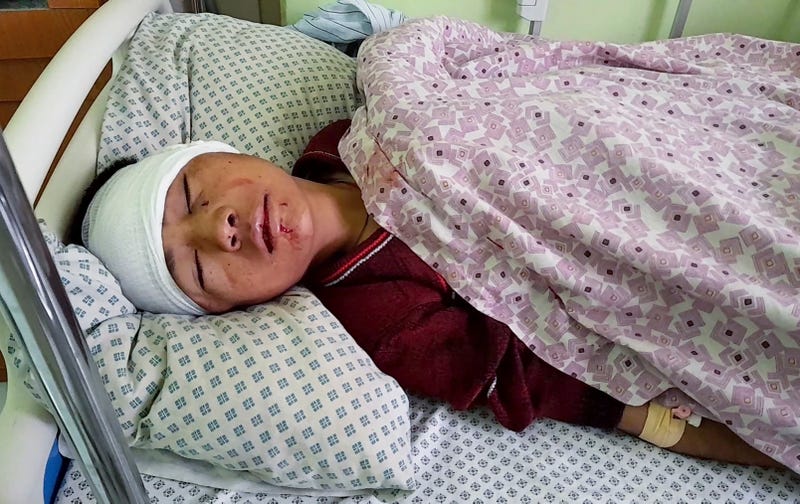 The explosion went off at around the time of afternoon prayers at the Al Jihad Madrassa in Aybak, capital of Samangan province, a resident of the city who heard the explosion told The Associated Press. Most of the students at the school are young boys, said the resident, speaking on condition of anonymity for his own safety.

Video distributed by the Taliban to the media showed the blast site, a hall littered with debris, mats and shoes, with dead bodies and bloodstains on the floor. Sirens can be heard in the background and men, some of them armed, move through the hall surveying the explosion's aftermath.

Interior Ministry spokesman Abdul Nafi Takor said a number of students were wounded in the attack. Samangan province has a majority population of ethnic Uzbeks.

A document from a local authority said that 16 people were killed and 22 wounded. The document, which was shared with The Associated Press, also said three trucks and 12 personnel from the fire department helped security forces with the wounded and to clean up the area. The official who shared the document did not want to give his name because he was not authorized to speak to the media.

There was no immediate claim of responsibility. But the Afghan affiliate of the Islamic State group has been waging a campaign of violence that escalated since the Taliban took power in August 2021.

IS has carried out bombings targeting in particular Afghanistan's Shiite Muslim minority but has also targeted Sunni mosques and madrassas, especially ones connected to the Taliban. The Taliban and the Islamic State group both adhere to a hard-line ideology but are bitter rivals.