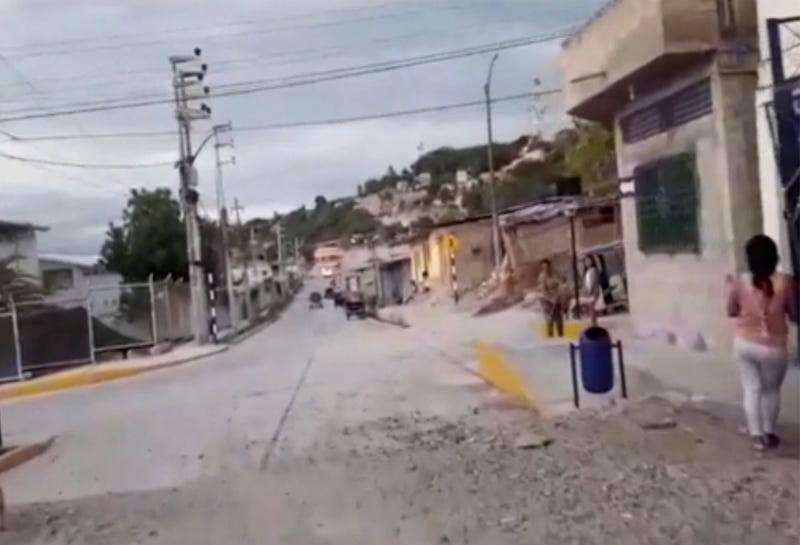 While the quake was extremely strong, it was relatively deep — measured at 112 kilometers (70 miles) — which usually reduces the possibility of damage and casualties.

The quake occurred at 5:52 a.m. (1052 GMT) and its epicenter was in the Amazon region, 42 kilometers (26 miles) north northwest of the city of Barranca. It had a magnitude of 7.5, according to the U.S. Geological Survey.

Falling stones blocked several highways in the Amazonas and Cajamarca regions in Peru, and the tremor was felt nearly 800 kilometers (500 miles) away in the capital of Lima, where some people rushed out of their homes in alarm.

A church in the Loja municipality in neighboring Ecuador was also partly damaged. The tremor was also felt in parts of Colombia and Brazil.

Earthquakes are common in Peru, which falls within the Pacific Ring of Fire where 85% of the planet’s seismic activity takes place.