While Scott Harris reiterated Tuesday at the Winter Meetings that the Tigers are "shopping in all aisles" of free agency, the organization doesn't sound inclined to spend big this winter. Harris would rather preserve opportunities for young players in 2023 than sign a slew of veterans.

There's also the question of whether ownership wants to spend after the Tigers added significant payroll last offseason and then face-planted on the field. Harris can't be held accountable for the mistakes of the prior regime, of course, and it bears repeating that owner Chris Ilitch has assured the Tigers' new director of baseball operations he'll have the resources he needs.

Still, another spending spree isn't likely. The Tigers finished last season 18th in the majors in total payroll, per Spotrac, which is close to where they stand right now. Their most significant move of the offseason thus far is a reported one-year, $10 million agreement with Matthew Boyd.

Harris wouldn't comment on his own payroll expectations for 2023 other than to say, "We have a firm idea of what our payroll is going to be, but strategically it just doesn’t make sense for me to disclose that or broadcast that across the league." 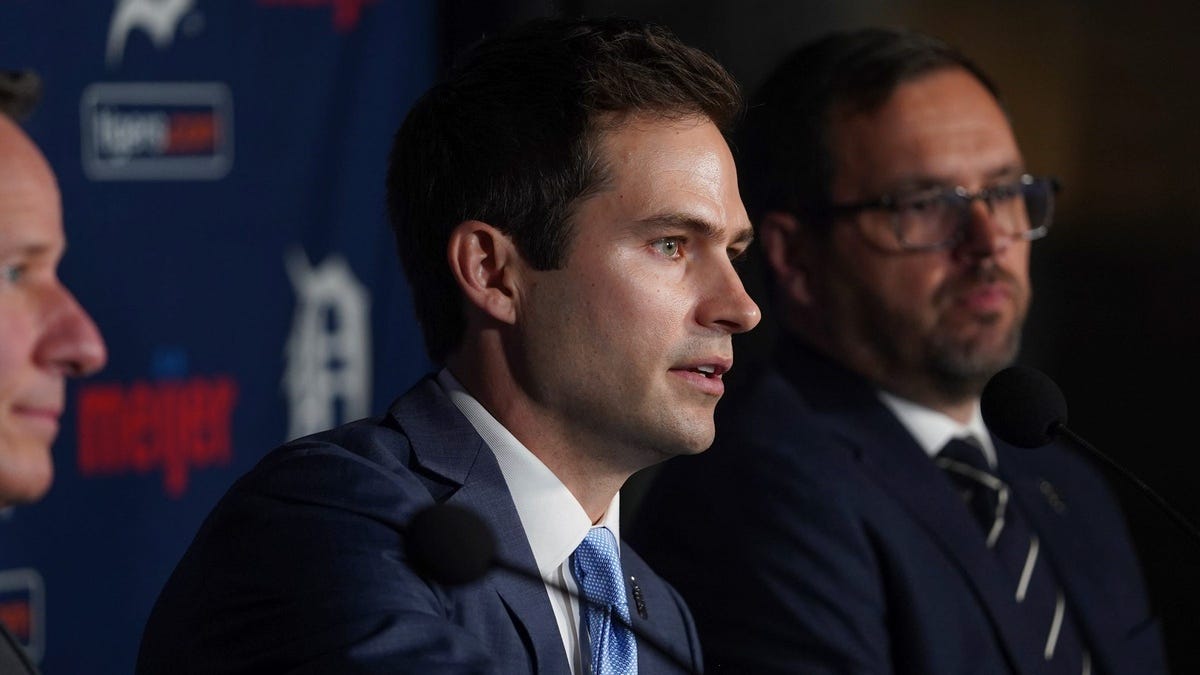 The Tigers have passed on a couple players this week who seemed to fit the club's needs, spelled out by Harris last month. Right-handed hitting outfielder Mitch Haniger, who got a three-year, $43 million deal from Harris' former team in the Giants, and left-handed hitting infielder Jace Peterson, who signed a two-year deal with the Athletics, are two that come to mind.

Whether the Tigers swung and missed on Haniger and/or Peterson isn't clear. Harris said they are "talking with every agent out there ... but you never really know how close you are to signing a player until it gets across the finish line."

If Detroit's payroll more or less stays stagnant relative to the rest of the league, the question comes back to Harris: can he build the Tigers into a winner? Last season's playoff field would say yes. While the top-five payroll teams all qualified for the postseason, so did three clubs with lesser payrolls than the Tigers, including the AL Central champion Indians. Free spending is not a prerequisite for success, especially in the age of MLB's 12-team playoff format.

The Indians won the Central last season -- and nearly beat the Yankees in the playoffs -- with major contributions from a number of young, cost-controlled players. The Mariners finally made it back to the playoffs following a similar formula, led by Rookie of the Year and MVP candidate Julio Rodriguez. Their payroll was about $20 million less than Detroit's. They are a natural model for the Tigers, who are counting on Riley Greene and Spencer Torkelson to form the backbone of a consistent contender.

Hence Harris' commitment to finding out what he has next season -- and beyond -- in Detroit's stable of young arms and bats. And let's not forget, the
Tigers will have a $32 million spending credit next offseason when Miguel Cabrera's salary comes off the books. Maybe that's when they dive back into free agency, armed with more flexibility and a clearer idea of what they need. (2023 is beginning to feel like a crucial season for Torkelson, in particular.)

"Anytime you have a roster with a lot of young players," Harris said, "you have the opportunity to spend resources elsewhere. If our development-centric coaching staff can help get the very most out of our young players, we’re going to have plenty of resources to supplement our roster with the things we need."

The Tigers may never again spend like they did in the glory days under Mike Ilitch, when they were a top-five payroll team six years in a row in the 2010's. That was part of what got them into the hole that Harris is trying to dig them out of. And they may not have to. So long as they spend wisely and develop their young talent, they can build a winner all the same.