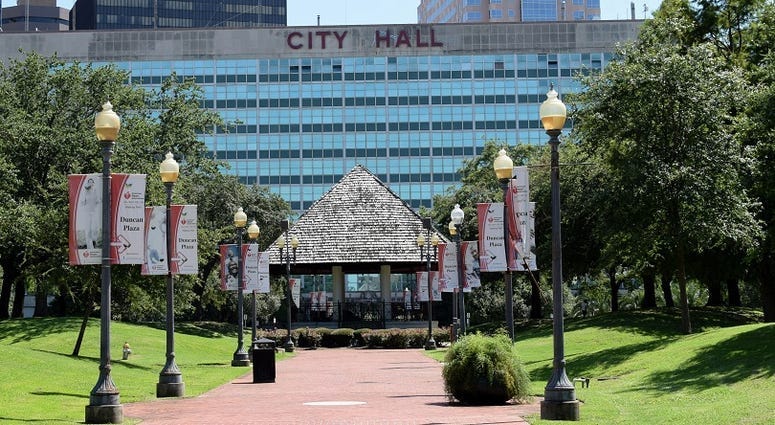 Mayor Cantrell wants to use several pots of money, including FEMA funds, to move City Hall out of the decrepit Perdido St location and then split city government into two facilities, including a repurposed Municipal Auditorium. The idea has had a cool reception with neighborhood leaders, including the Urban Conservancy’s Amy Stelly and French Quarter resident Leo Watermeier, who both had choice words to describe their tense encounters with the Mayor. Newell invited Stelly and Watermeier into the studio Friday morning to give them a chance to tell the public why they object to this proposal.“You met with the Mayor first, Amy,” Newell began. “How did you feel, walking away from that meeting?”“I walked away feeling like it was not a good plan, for a number of reasons,” Stelly replied. “I also walked away thinking that we don’t have a broad vision for our city. When we talk about relocating our seat of government, we need to do that within the context of a broad vision of development. That was my biggest takeaway.”“Did they seem receptive to having a conversation and hearing your observations and recommendations?”“We had a conversation, but in terms of the receptiveness, you’d have to ask those who were in attendance how they received what I said,” Stelly continued. “There were points where it got a bit tense but we got beyond that. Hopefully, the Mayor and staff are open to what I said, but I didn’t have a strong indication that they were. What I found most disturbing is that in the minds of the city, this is a done deal. They’ve already amended the FEMA application, they are dead set on using those $41 million dollars, and that’s what’s driving the plan - not a vision, not thoughtfulness about the development of our city. If I saw that this was being driven by something other than the $41 million, I might have a different opinion about it. The seat of government should be in a prominent location downtown, accessible to everyone.”

“How did this get tense? I don’t understand that. The iconic nature and the history of the Auditorium and Armstrong Park speaks for itself. We all graduated from high school there, we all have fond memories there. When you take an iconic structure like that and make it into offices... that’s a missed opportunity. Is that what it got tense about?” Newell asked.“When I walked in, it was clear the administration had made up its mind,” Stelly said. “So why are they calling people to come to visit with them if the decision has already been made?”

“Leo, you had a meeting with the Mayor about ten days after Amy did,” Newell continued. “Did you call and request that meeting?”“No, I got a call from the Mayor’s office asking if I could attend a one-on-one meeting with her regarding Armstrong Park and the Auditorium. My suggestion was to meet in Armstrong Park so I could walk her through and show her all the issues there. I also said I didn't like the idea of being alone at the meeting, mentioned three people I’d like to have with me. They got back to me and said no, the meeting would be at City Hall and the meeting would be for me alone. I didn’t think that was proper, but that was the only choice I had. It started off cordially, but when they went into the plan about converting the auditorium, I started asking questions and it became clear I didn’t support this because it’s not a good plan. They didn’t like that. I asked about this seven-story addition and they tried to push that off and say that’s for later consideration. I was pushing for facts, and they’d say they were just in the concept stage, but that’s different from what they told Amy.”“So was it your feeling that they were trying to solicit ideas from you, or was it more of a top-down approach with them saying, this is the plan?” Newell asked.

“I thought we were being picked off one-by-one to try to get us in their fold,” Watermeier said. “Amy wasn’t buying it and neither was I. Nobody I have talked to thinks this is a good idea.”