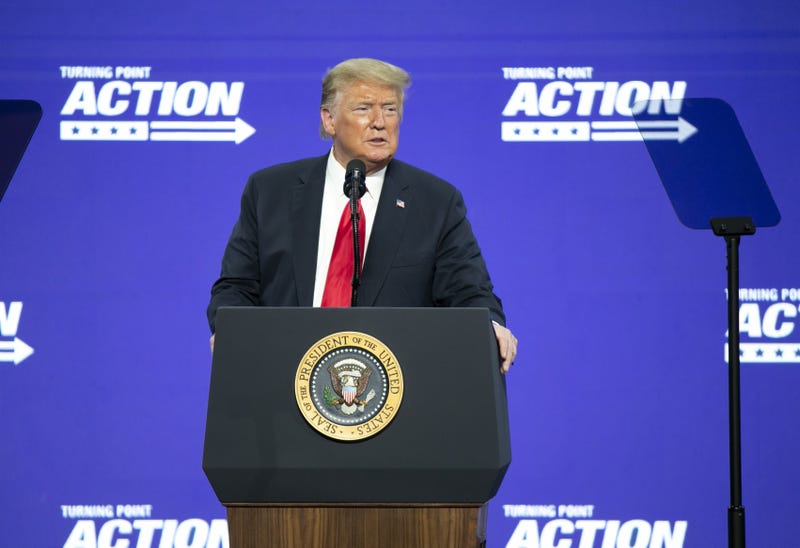 During a press conference yesterday - President Trump was asked if he thought Ghislaine Maxwell - the former girlfriend and accused accomplice of Jeffrey Epstein - would turn in the names of powerful men who participated in Epstein’s escapades of sex with underage girls - and President Trump said, “I just wish her well, frankly. I’ve met her numerous times over the years, especially since I lived in Palm Beach and I guess they lived in Palm Beach. But I wish her well, whatever it is.”

This may upset some people - but the idea that a sitting president would wish a woman accused of what Maxwell is accused of well is unthinkable. How can that possibly be the response to a question about whether Maxwell will turn in the names of powerful men? It is disgusting and reveals an instinctive tendency to protect the rich and the powerful.

Pay attention to all of the politicians who avoid criticizing President Trump by saying things like, “I would not have used those words,” while refusing to actually say, “President Trump is wrong” or “that was a terrible thing for President Trump to say.”

The blatant fear that many politicians display when it comes to being honest about the President only contributes to the great divide in America and increases political tribalism.

The fact that so many politicians seem literally afraid to disagree with anything President Trumps says is a clear characteristic of subjects trying to avoid the ill-will of a dictator or leader of a totalitarian government. When leaders remain unchecked out of fear - the dynamics of a dictatorship are implied.

President Trump is not a dictator - but the fear that he has instilled in politicians within his own party and their blind allegiance to him represent the fundamental foundation of the relationship between a dictator and those who carry out his deeds.

Many want to believe there is an association between President Trump and the Jeffrey Epstein sexcapades with underage girls - but there is no evidence at this point. However, President Trump’s instinct to wish Ghislaine Maxwell “well" implies an unusual empathy for depravity.