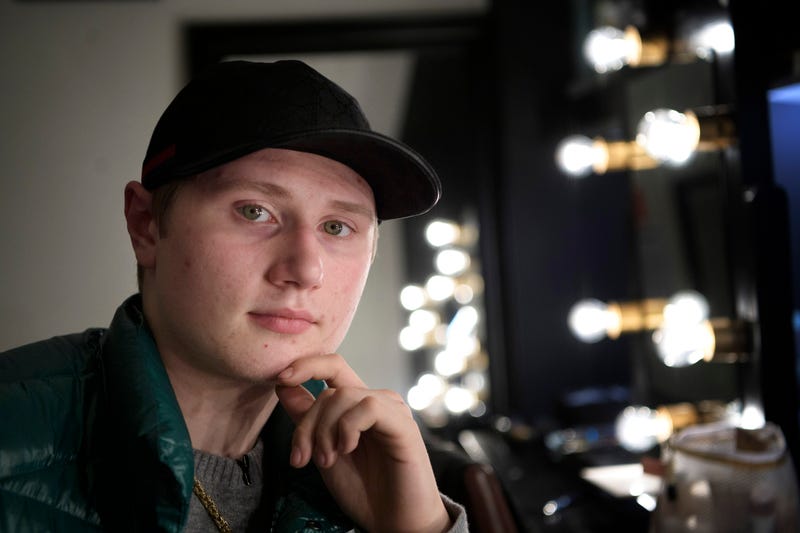 STOCKHOLM (AP) — An award-winning 19-year-old Swedish rapper was shot to death in southern Stockholm in an incident that media reports on Friday said was likely to be gang-related.

The case has shocked the Swedish entertainment world and highlighted what officials said was the urgent need to deal with growing criminal gang activity in the Nordic country.

Police are looking for at least two suspects who allegedly shot the rapper.

The motive of the shooting remains unclear but the Swedish newspaper Aftonbladet reported that the rapper had received several threats recently. It said without providing details that Einar was shot from point-blank range, “execution style.”

According to the Swedish public broadcaster SVT, the rapper's shooting was gang-related.

Einar, whose real name is Nils Gronberg, was born in Stockholm and rose to fame at the age of 16 when his song “Katten i trakten,” from his debut album “Forsta klass” topped the Swedish charts in 2019.

“I understand that he (Einar) meant a lot to many young people,” Swedish Prime Minister Stefan Lofven told SVT. “This is of course tragic. It is a young life that has been extinguished.”

Christian Democratic party leader Ebba Busch posted on Twitter that if politicians don't take responsibility for dealing with gang-related crime, “we can't stand up for human dignity or security in the country.”

Center Party leader Annie Loof said most people “have had enough of the senseless violence and want to see gang crime fought."

Swedish tabloid Expressen said that Einar’s songs often dealt with criminality including guns, drugs and violence and the rapper allegedly had strong connections with local criminal gangs. He had bee