First Tyrann Mathieu landed in New Orleans. Then it was Jarvis Landry.

But could there be one more former LSU Tigers shoe to drop in the form of Odell Beckham Jr.? The star WR teased just such a pairing ahead of the Super Bowl, and stoked the fire himself with a response to Landry's Instagram post.

But is such a pairing likely? Beckham is coming off an ACL tear suffered in the L.A. Rams' Super Bowl win over the Bengals. But WWL color analyst Deuce McAllister said, from Beckham's perspective, the draw could be the impact the New Orleans native could have off the field.

"Obviously you feel pretty good about what you’re going to get on the field," McAllister said on SportsTalk with Bobby Hebert, Kristian Garic and Mike Detillier. "But the impact that they will have off the field, I don’t know if we can truly measure at this point.”

Listen to Deuce McAllister's full interview in the player below. Can't see the embed? Click here.

McAllister also indicated that such a pairing could've happened last year, but an injury to Jameis Winston prior to Beckham's release from the Browns likely killed that possibility. The veteran WR was looking to join a title contender, and while the Saints were in the playoff hunt, there's no argument to say he made the wrong decision in that endeavor.

While he won't be back on the field until midseason at the earliest, this could certainly be the year if the Saints aren't done swinging for the fences at the WR position. And Landry made it clear he's making his pitch for exactly that to happen. 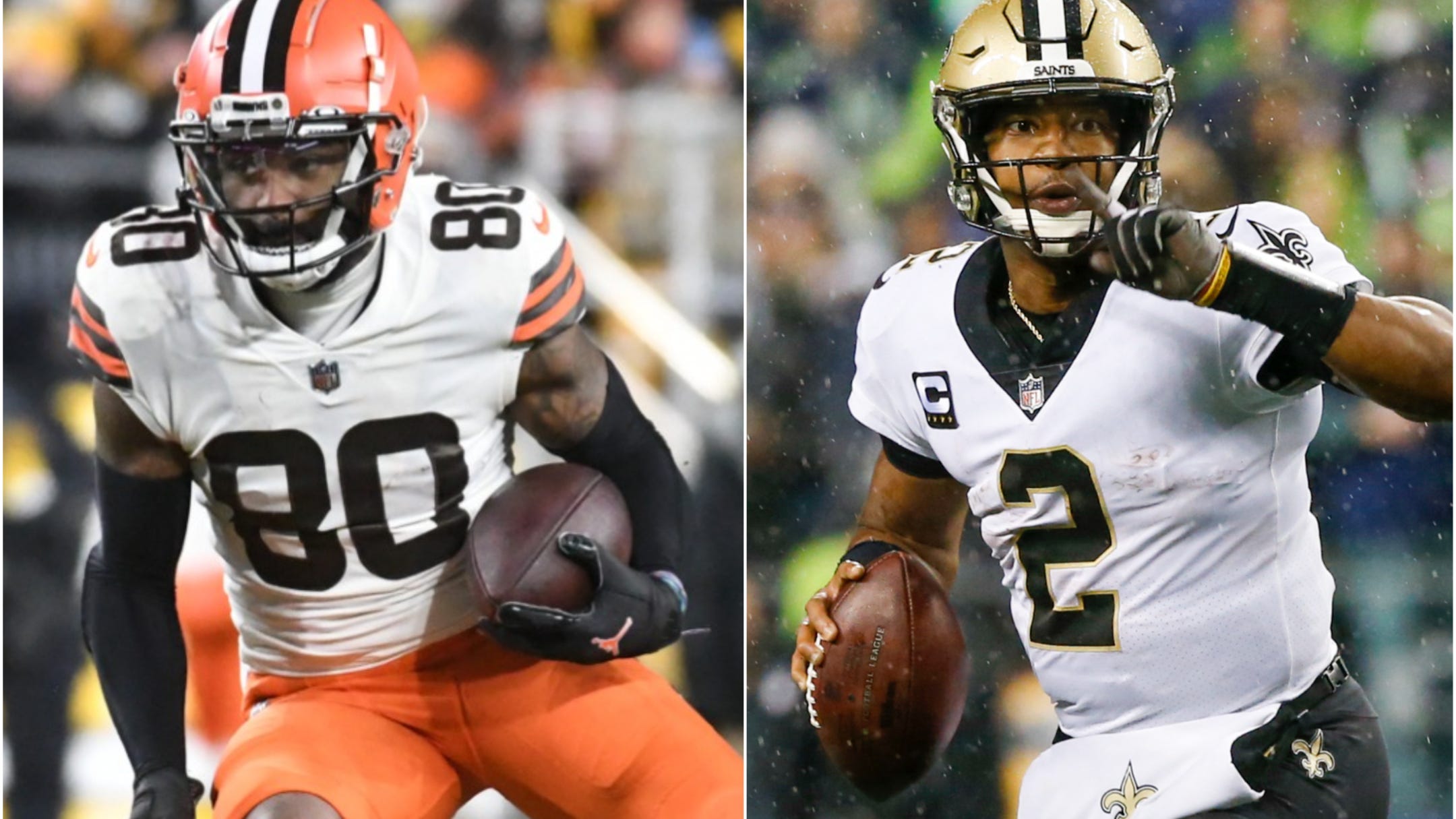 "This is something serious for him because he wants to make the same impact that you have with the Honey Badger and Jarvis and those guys being able to come home," McAllister continued. "I think that it’s probably not being said enough by us as well: You think you know what you’re going to get on the football field, but the impact that those young men will make off the football field by inspiring some of the younger athletes in this state. LSU could not buy that type of impact."

The other half of WWL's broadcast team, Mike Hoss, also weighed in on the same subject, and classified it as the "classic outhouse to the penthouse" situation at WR. And the run of free agents landing in New Orleans is simply an extension of what we've come to see from an organization despite losing a legendary quarterback in Drew Brees and head coach in Sean Payton in back-to-back seasons.

Listen to Mike Hoss's full interview in the player below. Can't see the embed? Click here.

"I just think we wouldn’t have been having this conversation a few years back, where you just have guys that already know there’s quality players at positions but they still want to come to this team," Hoss said. "There’s a New Orleans aspect to this as well, but even without it, they want to be here. That’s pretty impressive.”