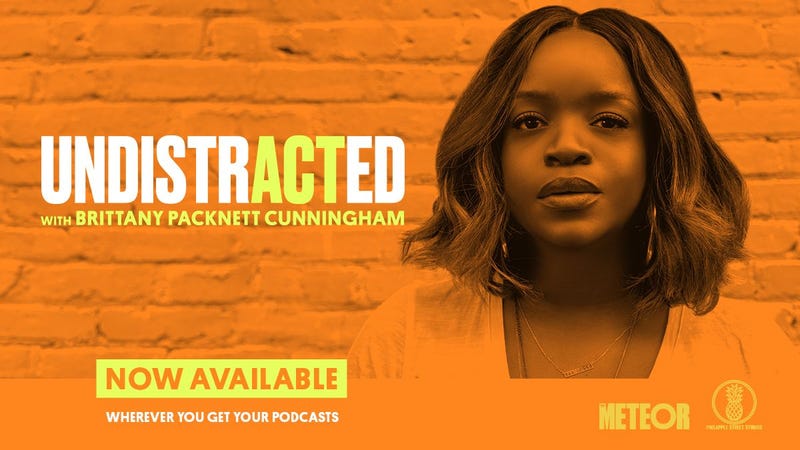 The first episode of "Undistracted" was launched today, featuring Brittany Packnett Cunningham as the host.

The podcast, made in a partnership between The Meteor and RADIO.COM's Pineapple Street Studios, features activist, MSNBC contributor, and former host of "Pod Save the People," Packnett Cunningham at the helm.

The podcast aims to reframe some of the biggest stories in politics, activism, pop culture, and world events through the lens of an intersectional woman. It will also share mid-roll airspace each week with BIPOC, femme, and gender non-conforming business owners and founders.

“No matter what happens on Election Day, we want to help create the next tomorrow,” said Brittany Packnett Cunningham in a statement.

“We’re ready to give our community a place to cut through to the noise to the real issues, through the perspectives that far too often aren’t included in the media, but are real to all of us: gender, race, identity, and more," she continued.

"It will require radical imagination, joy and power to design the fully just world we deserve. Together at Undistracted, we’ll learn more about how to do exactly that-because we have no time to waste," she concluded.

For more, listen to "Undistracted" on the RADIO.COM app.