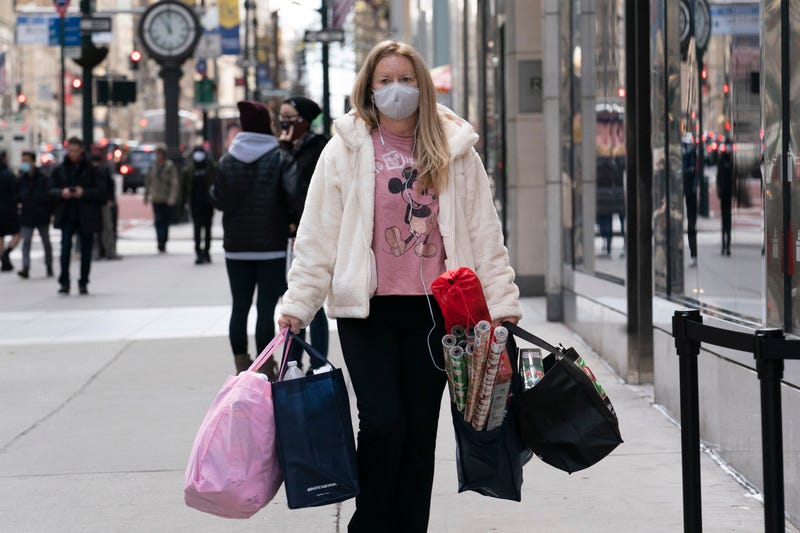 The trade group said Wednesday that it predicts that sales for the November and December period will grow between 8.5% and 10.5% to $843.4 billion and $859 billion. Holiday sales increased 8.2% in 2020 compared with the previous year when shoppers, locked down during the early part of the pandemic, splurged on pajamas and home goods, mostly online.

The group expects that online and other non-store sales, which are included in the total, will increase between 11% and 15% to a total of between $218.3 billion and $226.2 billion driven by online purchases.

The numbers exclude automobile dealers, gasoline stations and restaurants billion. Holiday sales have averaged gains of 4.4% over the past five years, according to the group.

“There is considerable momentum heading into the holiday shopping season,” NRF President and CEO Matthew Shay said. “Consumers are in a very favorable position going into the last few months of the year as income is rising and household balance sheets have never been stronger."

Shay also noted during a call with the media on Wednesday that the lifting of U.S. restrictions on international visitors from more than 30 countries early next next month should also give a jolt to retailers this holiday season.

NRF's rosy forecast is similar to other predictions, which call for holiday sales to increase by at least 7%, according to Deloitte, MastercardSpending Pulse and KPMG.

Still, NRF executives acknowledged on the call that there are plenty of headwinds facing consumers who are dealing with the ripple effects of a clogged supply chain that has meant higher prices, less generous discounts and shortages of items.