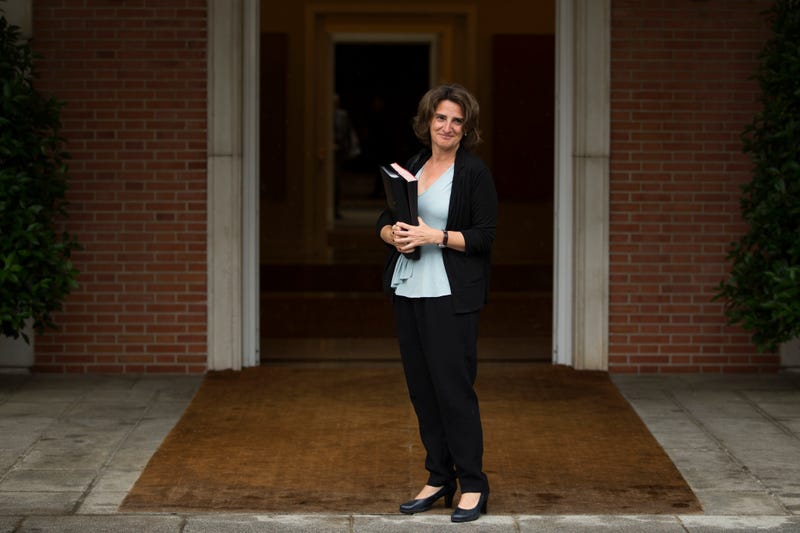 BARCELONA, Spain (AP) — For the second time in a month, a Spanish minister met with Algerian officials on Wednesday to guarantee the European country’s supply of natural gas after Algeria closes a pipeline that runs through Morocco this weekend.

While a leader in wind and solar power, Spain still relies heavily on energy imports and Algeria provides over a third of its natural gas. Spanish officials worry that a shortage in supplies will fuel already skyrocketing energy prices that have made electricity bills a major problem for its left-wing coalition government.

The trip by Spain’s deputy prime minister for ecological transition, Teresa Ribera, to Algiers came only a month after the country's foreign minister travelled to the Algerian capital to discuss the gas supply that Spain fears could be a collateral victim of Algeria’s diplomatic spat with Morocco.

After meeting with Algeria's minister for energy and mining, Mohamed Arkab, Ribera thanked him for “his pledge to ensure the viability of the transport of natural gas and to honor the commitments for its purchase between different Algerian and Spanish companies.”

Algeria has said it won’t renew an agreement, set to expire on Sunday, that has kept its natural gas flowing through Morocco and on to Spain for the past 25 years. The development follows a deterioration of Algerian relations with Morocco centered around the disputed region of Western Sahara, highlighted by the recall of the Algerian ambassador.

The pipeline that travels across northwest Africa before crossing the Mediterranean Sea at Zahara de los Atunes on the other side of the Strait of Gibraltar supplied Spain with just over 10% of all its natural gas in 2020, according to CORES, Spain’s public corporation that watches over its strategic energy reserves.

The pipeline also supplied Morocco with enough gas to produce 10% of its total electricity on top of the annual $60 million it received for crossing its territory.

A second, longer pipeline from Algeria to Almería in Spain’s southeastern shore currently provides 16% of its total natural gas imports.

There are plans to boost that pipeline’s capacity from eight to 10 million square meters in the coming months. Even so, that won't fully make up the shortfall, unless boats can bring in enough liquefied natural gas to Spain directly from Algeria.

Ribera said her counterpart also agreed to be prepared in case Spain asked Algeria to increase the supply of natural gas.