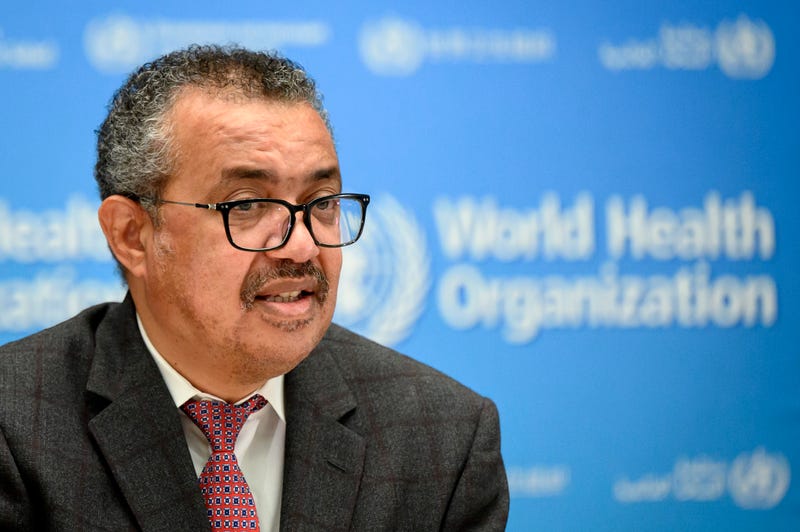 GENEVA (AP) — The head of the World Health Organization hailing a key step by its member states on Wednesday to launch work toward an international agreement to help prevent, prepare for and respond to future pandemics in the wake of COVID-19.

WHO Director-General Tedros Adhanom Ghebreyesus said the consensus decision during a special session of the U.N. health agency’s members was a “cause for celebration.” It sets off work to establish an “intergovernmental negotiating body” to draft an agreement on pandemics that will take several years to be finalized, if concluded at all.

“Of course, there is still a long road ahead. There are still differences of opinion about what a new accord could or should contain,” he said.

The consensus statement falls short of calls from European Union nations and many other countries seeking to agree that the ultimate aim of the effort will be to draft a “legally binding” convention or treaty, hoping to give it teeth and act now while public attention on the pandemic is still high.

But the United States, Brazil and a handful of other countries were reticent, diplomats said, with U.S. officials arguing that the substance of any future agreement was a higher priority for now that giving it a name like convention or treaty.

Tedros spoke as the emergence of the new omicron variant has captured attention worldwide, rattling stock markets and causing many countries to restrict travel.

The special session, organized months ago in response to COVID-19, was only the second since the WHO was founded in 1948. An international “instrument” on pandemics aims to resemble a similar international agreement on fighting tobacco use.

Under the planned timeline, the intergovernmental negotiating body is expected to hold its first meeting by March to look into “ways of working and timelines,” WHO said. A second meeting by August would discuss efforts towards creating a working draft. Talks are expected to continue until a report could be presented to the WHO's assembly in 2024.

Many countries and the U.N. health agency have been trying to rein in disjointed national responses, including sporadic travel bans and other restrictive measures; overcome political squabbles; and improve transparency by countries — in the wake of criticism of China's early handling of the outbreak when it first came to light nearly two years ago.

WHO has repeatedly called for measures like greater sharing of vaccine doses by rich countries that have big vaccine stockpiles with poorer countries that have not been able vaccinate enough of their people — a call that has largely gone unanswered.