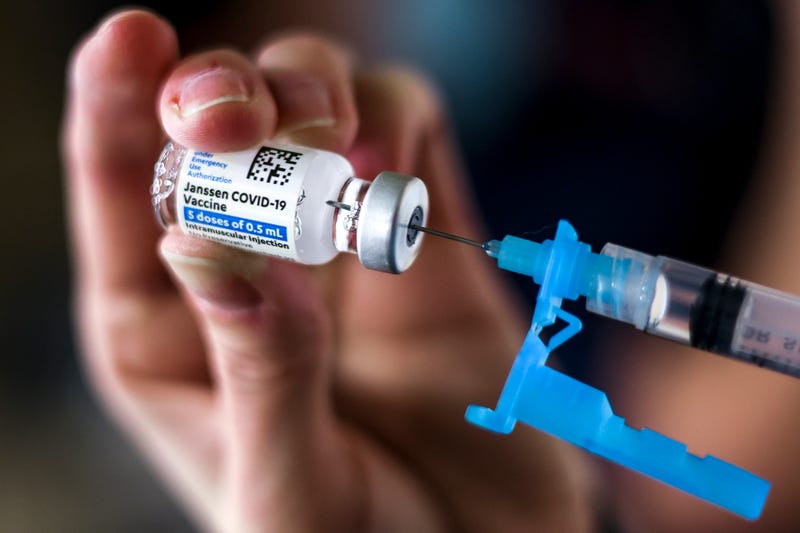 Adams 12 Five Star Schools District RN Tiffany Karschamroon draws a dose from a vial of the Johnson & Johnson COVID-19 vaccine, the newest vaccine approved by the U.S. FDA for emergency use, at an event put on by the Thornton Fire Department on March 6, 2021 in Thornton, Colorado. Photo credit Michael Ciaglo/Getty Images
By Marcus White, KCBS Radio

Johnson & Johnson confirmed on Thursday a U.S. Food and Drug Administration review has extended the expiration date of the company’s one-shot COVID-19 vaccine by six weeks.

The FDA review determined the vaccine can be safely stored and refrigerated for up to 4 1/2 months, the company said in a statement.

Previously, Johnson & Johnson's vaccine was authorized for use three months after the manufacturing date. 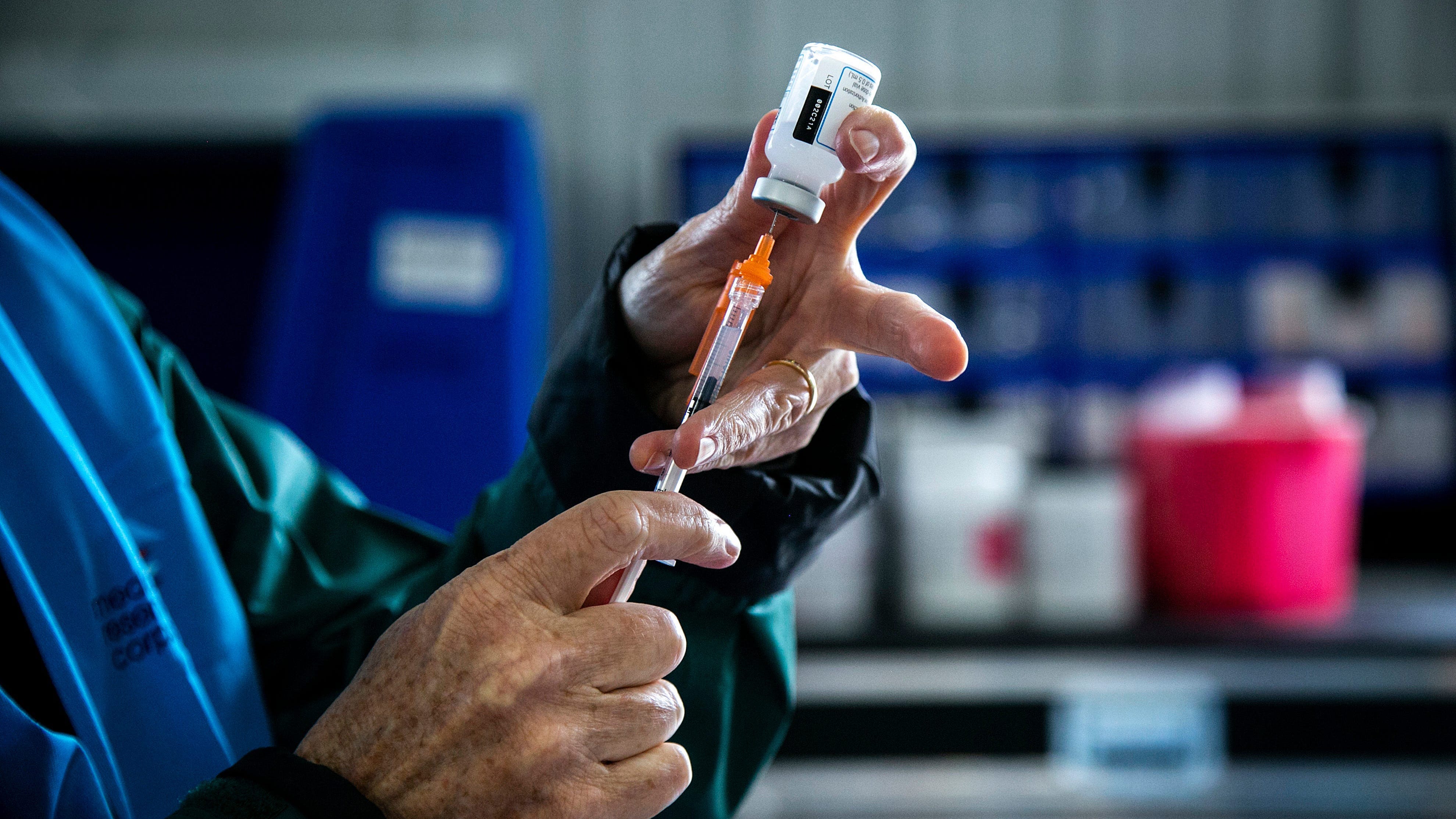 Moderna requests FDA approval for vaccine use in adolescents

State officials across the U.S. expressed concern this week that, as a result of an April FDA order which paused distribution of the vaccine over safety concerns, hundreds of thousands of unused doses wouldn’t last beyond the end of the month. Biden administration officials told states to hold on to those doses in the event the expiration date was extended.

Just over 11 million single-shot Johnson & Johnson doses have been administered in the U.S., according to Centers for Disease Control and Prevention data. An estimated 129 million Americans have been vaccinated with Pfizer and Moderna’s two-shot vaccines.

But vaccination rates across the country have been slipping.

In mid-April, the country averaged 3.3 million doses per day.

"We continue to work with the U.S. government and health authorities to support the use of our vaccine, which plays an important role in combatting the pandemic, including among those who wish to be fully vaccinated with one shot," the company said.

Just shy of 64% of American adults have been at least partially vaccinated as of this writing, shy of President Joe Biden’s goal to have 70% partiall