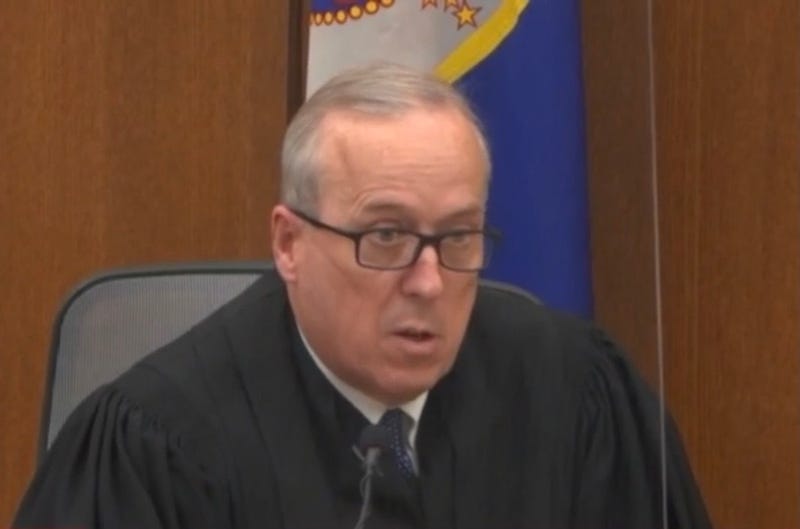 A few hours before the sentencing of Derek Chauvin is scheduled to begin, Judge Peter Cahill has already made a ruling.

In the denial the court ruled on these three requests:

1.     Defendant has failed to demonstrate that the Court abused its discretion or committed error such that Defendant was deprived of his constitutional right to a fair trial.

2.     Defendant has failed to demonstrate that the State engaged in prosecutorial misconduct such that Defendant was deprived of his constitutional right to a fair trial.

A Schwartz hearing is a procedure for determining whether an outside influence has had a prejudicial effect on the jury. There were complaints from Chauvin’s defense team during the trial that the city of Minneapolis’ settling of a civil case with Floyd’s family plus the media attention the case received was influencing the jury, something Cahill has repeatedly dismissed.