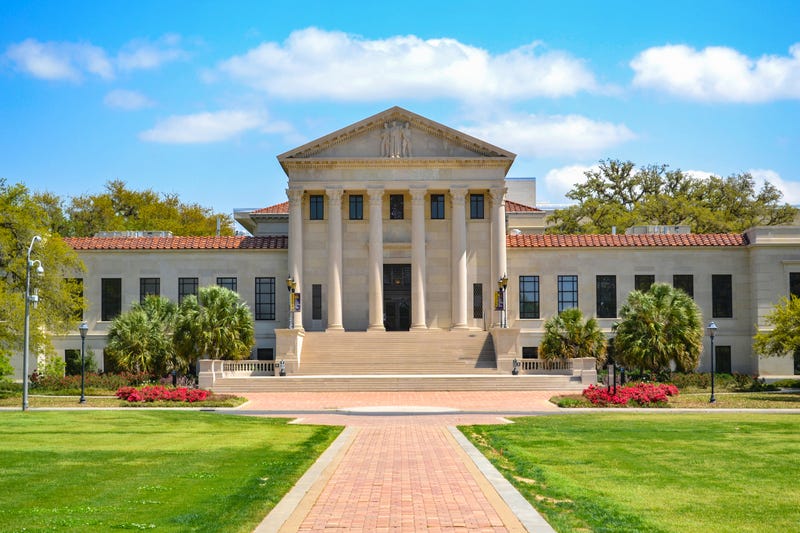 LSU students marched Monday calling out administrators for not holding Chair of the Department of French Studies accountable for ignoring Title IX complaints. LSU Student and Outreach Chair for Feminist in Action Paola Colmenares said they are demanding the school hold rapists accountable.

“And those who defend their actions or cover it up are only put on sabbatical, to reference Adelaide Russo who is the French Department Chair. I think she was just now demoted, and she still hasn’t been fired,” said Colmenares.

BREAKING: LSU students protest and march, speaking out against sexual harassment. The protest is in response to the lawsuit accusing LSU of failing to properly investigate complaints of sexual misconduct against a former graduate student from France. pic.twitter.com/ZDPiaQNDCR

Six plaintiffs have filed a lawsuit against the university claiming Chair Adelaide Russo allowed Edouard d’Espalungue d’Arros, a graduate student and then LSU employee, to return to the department and repeat his predatory behavior despite awaiting trial for a 2018 rape arrest in Rapides Parish.

LSU Student Miranda Albarez said if the school had removed d’Espalungue d’Arros she might not have become a victim. She made an impassioned plea to school leaders outside of Hodges Hall where she says she had to face the man she says attacked her.

Students march from the parade grounds in protest to LSU’s mishandling of sexual assault cases. pic.twitter.com/h9RDOrxWAr

“So, LSU you need to look in the mirror, find the problems and fix them, we are done asking, changes start now,” said Albarez.

d’Espalungue d’Arros was indicted by a grand jury in Rapides Parish for a 2018 rape arrest and was allowed by a judge to return to France to visit family and has never returned.

This is not the first protest over Title IX issues on campus, students camped outside of the LSU Football Operations Building last October when ignored sexual misconduct violations were exposed. Student and Secretary of Feminist in Action Kayla Meyers was there also.

“And I have not seen anything change. Students are just unaware of the different resources and how to report, and we are sick of people not believing survivors,” said Meyers.

Protestors are demanding transparency with LSU’s Title IX office and steps to end the rape culture on campus.