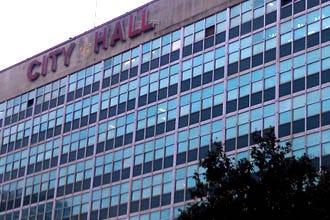 "We feel it's well thought out, it's solid." said New Orleans Chief Administrative Officer Gilbert Montaño. "We've looked at every single revenue and expenditure. We've pressed the current while thinking about the future.'

Montaño told council members they expect to see continued growth in sales tax revenue, a sign the city is recovering from the downturn caused by the pandemic. But he also says they do not expect to hi pre-pandemic revenue from sales tax until 2025.

"The 2022 budget is a very modest growth as far as reoccurring revenue in sales tax," he said.

Mayor LaToya Cantrell said they approached the budget cautiously, but with an eye towards improving the city.

"My team and I have been very focused on facing challenges in order to fix them," said Cantrell.

The 2022 budget includes an end to furloughs that were put in place during the pandemic, and a living wage for city workers.

"We have to build up those who truly do deserve that bump up and that $15 an hour," Cantrell said.