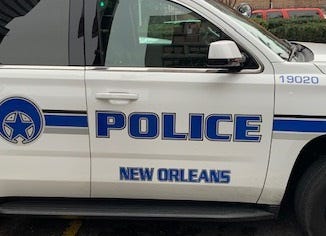 New Orleans Police homicide detectives are investigating a fatal shooting in the 4300 block of Tchoupitoulas Street.

Police say shortly before 2:00 p.m. Monday, officers were sent to investigate a call of a man shot in that location.

"Upon arrival, officers located an unresponsive adult male down at the scene and having sustained a gunshot wound," said police in a statement. "The victim was declared deceased at the scene.."

Police say anyone who has information should call NOPD Homicide Detective Ryan Aucoin at (504) 658-5300, or Crimestoppers at (504) 822-1111 or toll free at (877) 903-7867 (STOP). Callers to Crimestoppers do not have to leave their names and may be eligible for a cash reward for information that leads to an arrest and indictment.