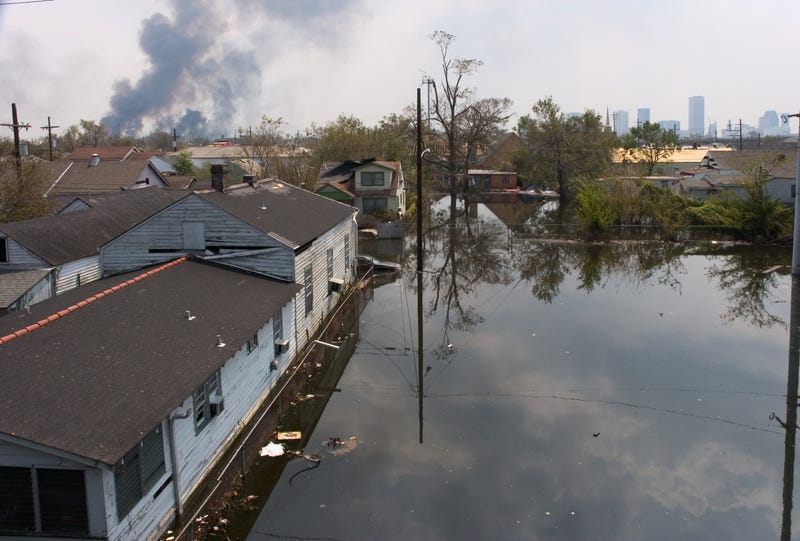 The 16-year anniversary of Hurricane Katrina making landfall in Louisiana is this Sunday. That’s the same day a major hurricane is expected to make landfall along the Louisiana coastline. While those in the state make preparation for the storm, another added worry will be the effectiveness of the state levee system. The incoming president of the American Society of Civil Engineers has come out blaming the state of Louisiana for why the levees broke during Hurricane Katrina. Newell spoke with H.J. Bosworth, local civil engineer and lead researcher at Levees.org, who says those false statements are a part of a large problem that keeps our levee system weakened.

“Levees.org had a press conference yesterday,” Newell said. “Tell us about that and what information was revealed there.”

“Some months ago, my partner at Levees.org, Sandy Rosenthal, had a consultant offer copies of her book about how the levees failed during Hurricane Katrina to university civil engineering departments across the county,” Bosworth said. “We got a response from the incoming president of the American Society of Civil Engineers and engineering department head at Mississippi State University, who said ‘I don’t want your book, I know what happened there, you folks brought this on yourself, it’s really the city of New Orleans’ fault that you flooded, and Congress is also culpable…’ For the incoming president of the ASCE to put in writing that he thinks that about the largest civil engineering disaster in U.S. history was pretty shocking. In my travels, I occasionally will ask someone, an Uber driver, a bartender or just a random person, why do you think New Orleans flooded in 2005? Often they say it’s because you messed with the Corps of Engineers and you built inferior flood protection. That's bull - studies have shown that the Corps controls every bit of the work… What we at Levees.org have determined is that New Orleans was thrown under the bus. One thing you know is that a lie will travel around the world before the truth gets his boots on.”
“I thought we'd been down this path already,” Newell said. “I thought that the Corps, at some point during some of the congressional hearings, admitted that there were design flaws in the levees.”

“Oh, yes,” Bosworth said. “We're more than just complaining. What we want is for the Louisiana Professional Engineering and Land Survey Board and academia to understand that it's important to teach people how to avoid failures. And we think that it's important for engineers - before they're licensed and through their continuing education - to be required to have a course in engineering forensics and failure mechanisms. There is no requirement that they have an understanding of how things fail. Every year or so, we've got a major catastrophe where something fails and people die.”
“Where do we go from here?” Newell asked. “I don't think a lot of the other Americans in other areas around the country understand how important this is.”

“It comes down to this,” Bosworth said. “The focus of a university isn't necessarily on a well rounded education. Their focus is doing what the accreditation board wants from them as a minimum set of requirements. Since there's no requirement for civil engineering students to learn about forensics and engineering failures, they don't really know how things break or how things fail.”

Hear the entire interview in the audio player below