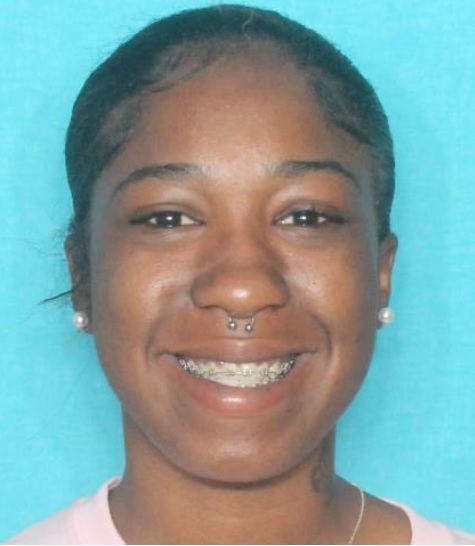 New Orleans Police are looking for a woman wanted on suspicion of cruelty to a juvenile.

The matter stems from a shooting incident that took place May 25th on Forstall Street between Burgundy and Rampart in the Holy Cross neighborhood near the Lower Ninth Ward.

NOPD has obtained an arrest warrant for Kia Simmons in the investigation of the shooting.

Fifth District detectives investigated and positively identified Simmons as the perpetrator who allegedly physically assaulted a juvenile female in this incident.

Wanted suspect Devin Augustin turned himself in to the NOPD on May 24 in connection with this incident, while wanted suspect James Augustin was arrested on May 25.

Anyone with additional information on this incident or on the whereabouts of the pictured wanted suspect is asked to contact Crimestoppers of Greater New Orleans at 504-822-1111 or toll-free 1-877-903-STOP.