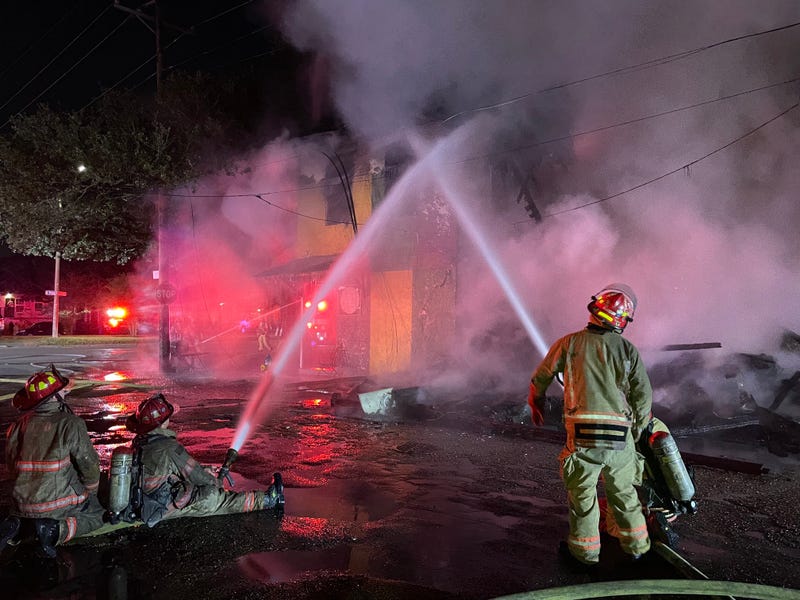 The fire department says at about 10:14 p.m. on Thursday, a fire crew was on their way back from battling a different fire when they spotted heavy smoke in the area.

The fire crew went to investigate and found the Mardi Gras Lounge at 1901 Elysian Fields engulfed in flames.

Firefighters on the scene quickly called in a second alarm to help battle the blaze, which had spread to two cars in the rear of the building heavily damaged by the flames, as well as a home to the immediate left of the fire building on fire.

The bar was so engulfed in flames that a portion of the building collapsed from the intense heat. No firefighters were injured. Fire crews got the fire under control about 11:48 p.m. The cause of the fire is under investigation.