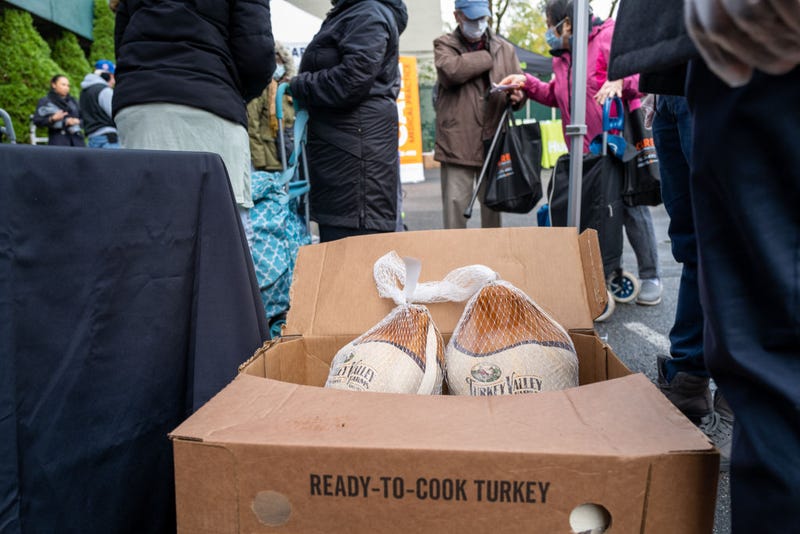 People receive free turkeys and other Thanksgiving oriented food at a community Thanksgiving food drive in Brooklyn to those in need on November 16, 2022 in New York City. The events, which was hosted by local politicians, businesses and charities, gave away over 1000 turkeys, chicken dinners and groceries. As food prices continue to rise across the country due to inflation, millions of Americans are struggling to afford groceries this holiday season. Photo credit (Photo by Spencer Platt/Getty Images)
By Lauren Barry

While the most recent U.S. Centers for Disease Control and Prevention data shows that COVID-19 cases are down, living through a pandemic for more than two years has left a mark on how Americans celebrate holidays.

From travel habits to traditions, this Thanksgiving is expected to maintain this new look.

To start, the night before Thanksgiving is no longer the time everyone plans to travel.

“People are traveling on different days. Not everyone is traveling on that Wednesday night,” said Sharon Pinkerton, senior vice president at the trade group Airlines for America, according to the Associated Press. “People are spreading their travel out throughout the week, which I also think will help ensure smoother operations.”

While COVID-19 halted most travel during the lockdown phase in 2020, the Transportation Security Administration (TSA) is predicting a busy Thanksgiving travel season, which runs from Nov. 18 through Sunday, Nov. 27. Last Thursday, a week before the holiday, the administration had already seen an increase in travel.

“We expect to be busier this year than last year at this time, and probably very close to pre-pandemic levels,” said TSA Administrator David Pekoske. “We are prepared to handle the projected increase in travel volumes next week.”

A survey of 2,000 Americans commissioned by the Little Potato Company and conducted by One Poll last year also found that there are other ways that people in the U.S. are changing their holiday traditions. In fact, 60% of respondents said they planned to reevaluate the holidays and 68% said the way they celebrate had already changed forever.

Around 58% said they plan on cooking a holiday meal for themselves after 44% said they did it for the first time last year. Those foods won’t necessarily be the traditional turkey, stuffing and cranberry sauce – 54% said they ate different holiday foods last year than they had in the past during the 2020 holiday season.

As far as Black Friday and Cyber Monday traditions go, a Wallethub survey conducted this year found that more than 25% of Americans are still in debt from the 2021 holiday season. Additionally, 47% said they would get their shopping started early and 56% said they plan to do more holiday shopping online. 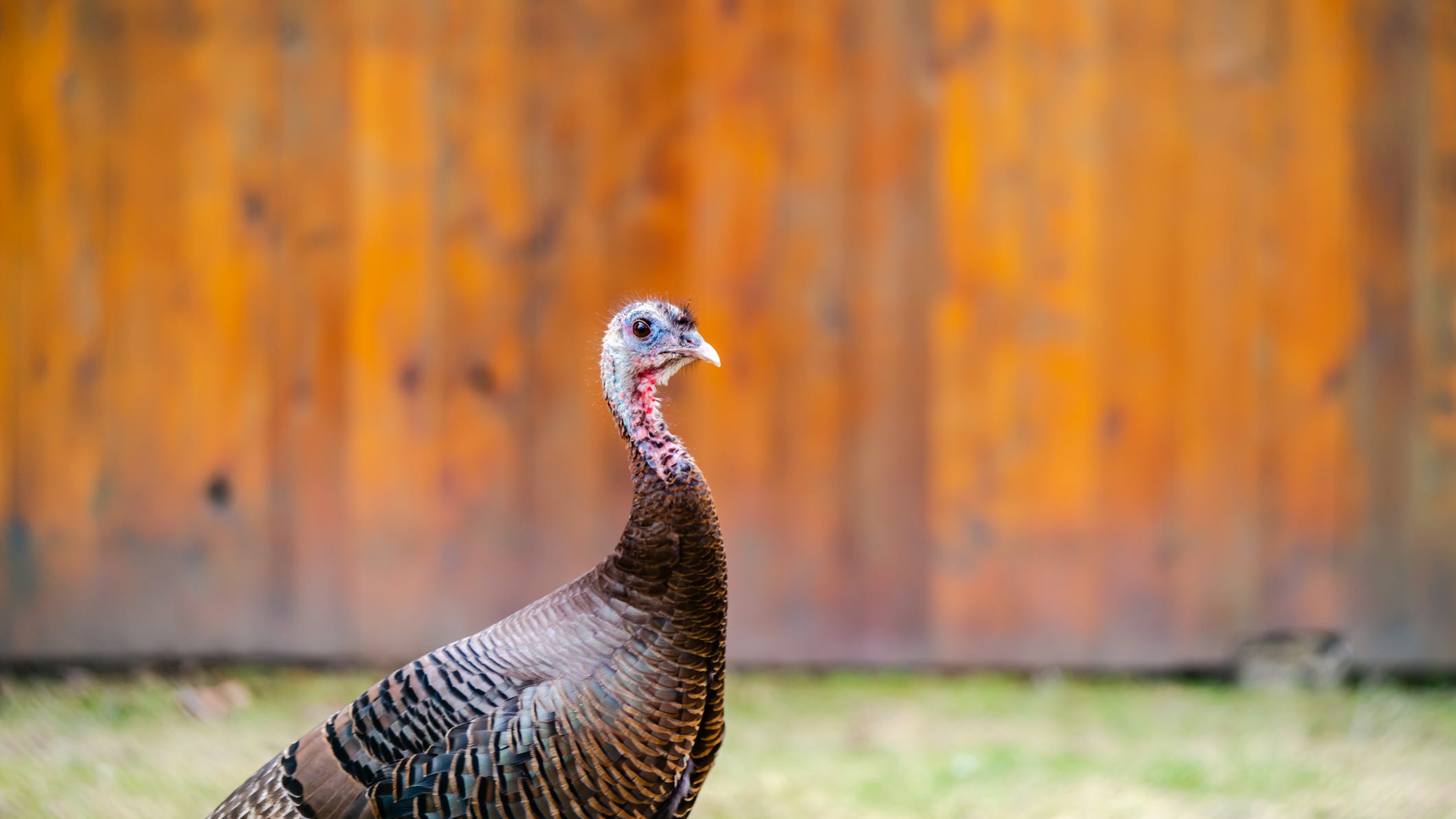 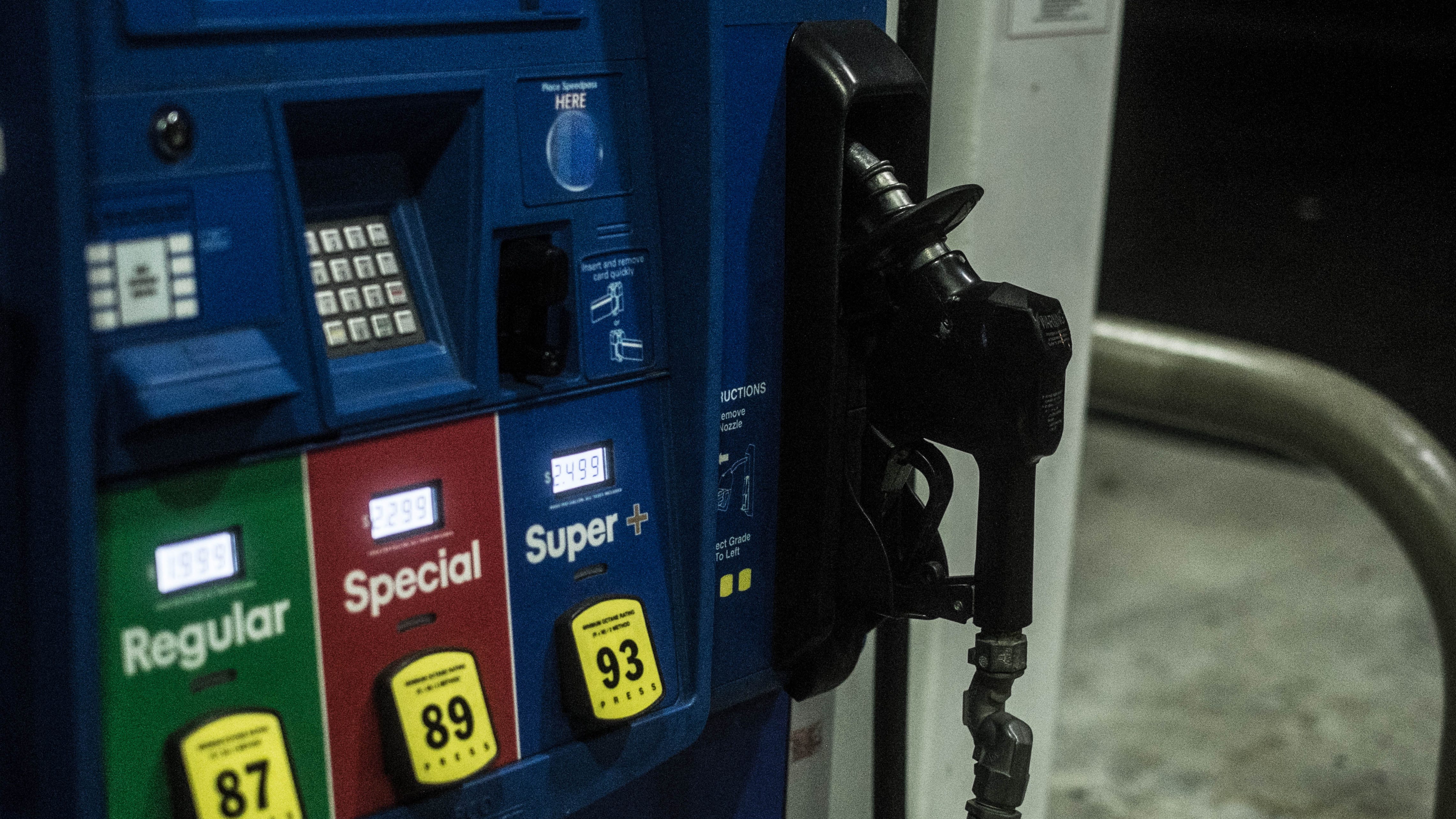