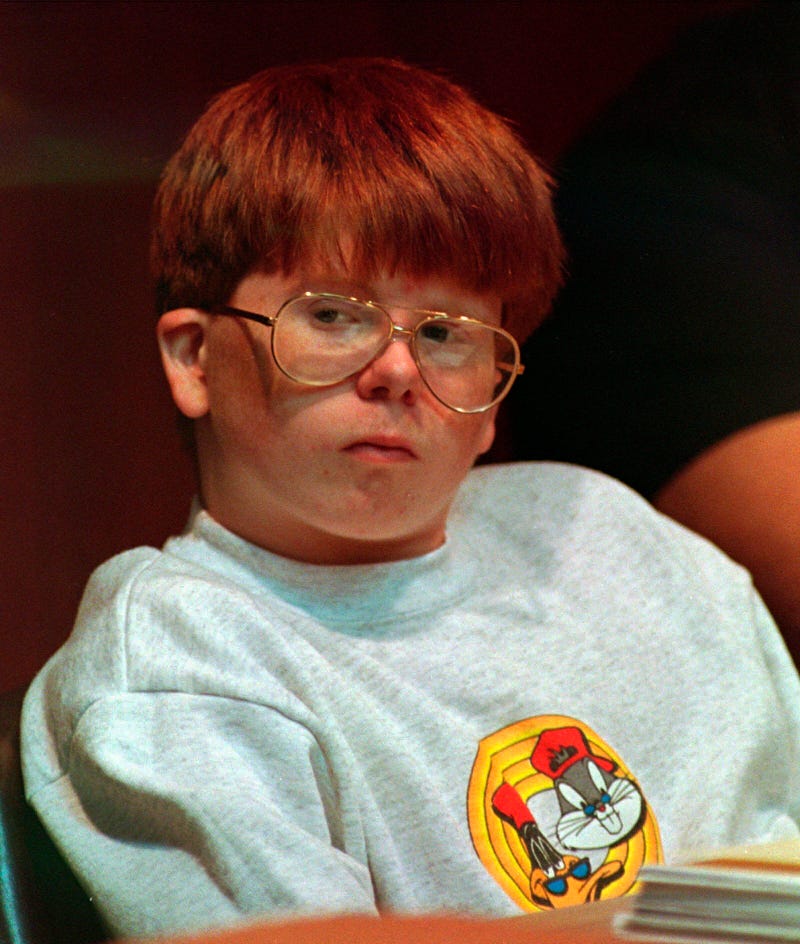 ALBANY, N.Y. (AP) — Eric M. Smith, who was 13 when he killed a 4-year-old boy with a rock in western New York, has been granted parole, corrections officials said on Saturday.

Smith, now 41, appeared for the 11th time before the Board of Parole on October 5 and was granted release as early as Nov. 17, the Department of Corrections and Community Supervision said in an emailed statement.

Transcripts of the hearing were not immediately released.

Smith was convicted of second-degree murder in 1994 for luring Derrick Robie into woods near the younger boy's home and striking his head with a rock. Derrick was walking alone to summer camp at a park in the Steuben County village of Savona in August 1993.

The case got wide publicity because of the tender age of the victim and suspect, along with a widely circulated photo of the adolescent Smith in court, wearing a Bugs Bunny sweatshirt and a mop of red hair.

Smith’s lawyer unsuccessfully argued that he was mentally ill. Smith was sentenced to nine years to life in prison.

Derrick’s parents, Dale and Doreen Robie, opposed Smith’s release each time it was previously considered and have lobbied for parole reforms that include extending the time between hearings for violent offenders from the current two years to five.

Dale Robie told local media the family did not want to comment on the latest decision.

Smith is housed at the medium-security Woodbourne Correctional Facility in the Catskills.