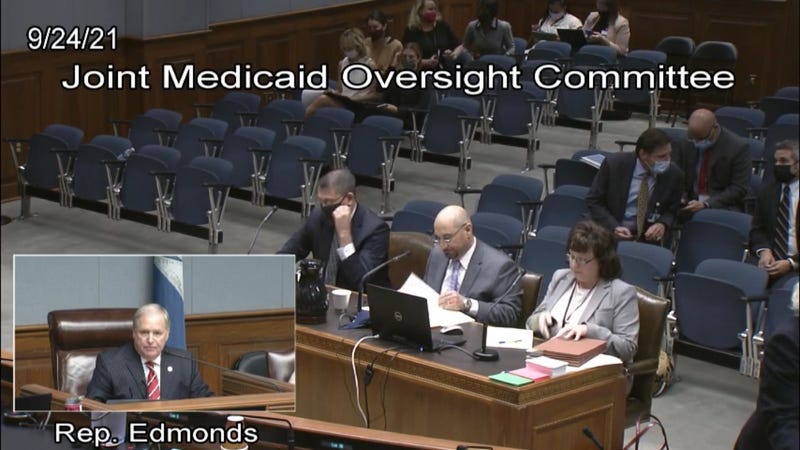 There were several tense exchanges during a Joint Medicaid Oversite Committee meeting Friday at the Louisiana State Capitol.

“Who’s at the end of the line that said this is a good plan, this is a bad plan?” asked Talbot.

“Once again, I will have to refer you to the rule that they have to submit their full plan and to their local O.E.P. (Office of Emergency Preparedness),” Russo responded.

“I guess we won’t get anywhere there,” Talbot countered.

Russo told the committee to view a nursing home’s evacuation plan they can request to see it through their local emergency preparedness office.

More than 800 patients from seven nursing homes owned by Bob Dean were transported to a warehouse with mattresses on the floor, that took in up to eight inches of water. Talbot questioned Russo as to why patients from the New Orleans, Jefferson, Terrebonne, and Lafourche parish nursing homes were sent to Tangipahoa Parish when storm models indicated it was in Ida’s path.

“Why did they send them there? Who’s watching the store when that decision was made?” Talbot asked.

“That is definitely something that I’m not going to be able to answer, on the advice of counsel,” Russo said.

LDH and Dean are facing lawsuits filed by family members of and nursing home residents.

Committee members stated after the tragic evacuation to the warehouse in Independence and questions over the approval process, along with the decision to move patients to an area within the storm’s projected path inland will need to be addressed with legislation.

“Let’s all circle together and solve the problem,” Abbeville Senator Bob Henssgens said.