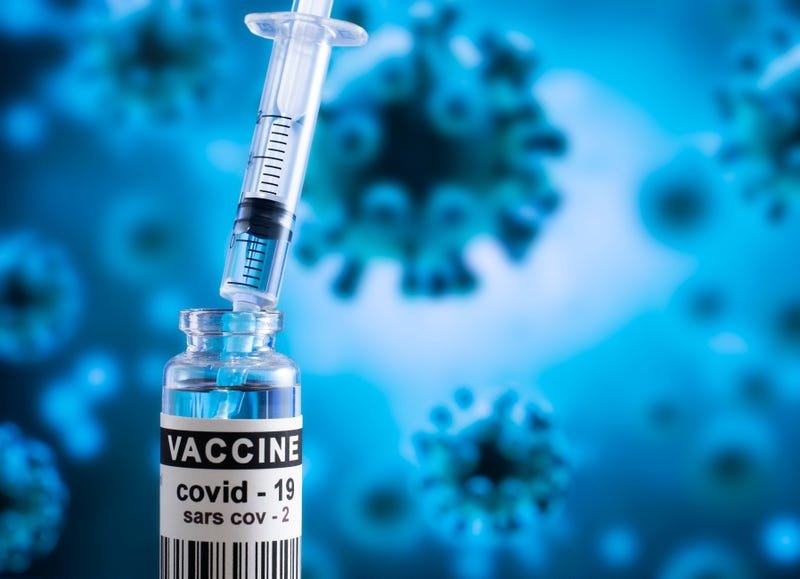 Louisiana’s State Health Officer Dr. Joe Kanter joined Newell for his recurring weekly segment Thursday morning to discuss the latest developments in the battle against COVID-19, the danger posed by the new Delta variant, and the challenges the states faces in getting enough people vaccinated to reach herd immunity.

“Where do we stand this week, Doc?” Newell began.

“We're doing okay - we could use some more vaccinations!” Kanter said. “But as far as the virus goes, we've more or less been holding steady for the past three or four months. Percent positivity this week is down just a tick from 3.2 to 3.1%. Hospitalizations continued to be below 300 statewide. We've been below 300 for the past month - that's reassuring. So we're doing well. The vaccination program has slowed, there's no question about that. We've got about 37% of Louisianans having initiated the series and about 32% having completed the series. We clearly trail behind national benchmarks with those numbers, but we still get more and more every day. So the campaign's not over, and trying to get vaccines in smaller locations like medical clinics, smaller community events - that work will continue going forward.”

“Has there been an effort to try and identify the underlying reason for the vaccine hesitancy here?” Newell asked. “We were going strong there for a while and all of a sudden, boom, we hit this plateau and we can't seem to get off of it.”

“It's really multifactorial and some of these barriers are more easily addressed than others,” Kanter answered. “Initially we were just limited by supply and that's clearly gotten better. We had access issues. People couldn't get to a vaccine site, they couldn't make an appointment online. They needed help. And we've been able to address those, we have a 1-800 number that people can call in, seven days a week if they don't have good internet access and they can actually have the appointment made for them. You can now get a free Uber or Lyft ride to and from the vaccine site, you can actually have someone come to your home and do it in your home. A lot of the access issues have been mitigated.”

“But there's still these really pervasive myths that have been hard to combat,” Kanter continued. “Myths about fertility that are not true, even myths about microchips and conspiracy theories and everything else. Those have been really hard. When we've done focus groups amongst people who have yet to be vaccinated, even amongst those individuals who harbor a deep mistrust of the system, of the government, even if they don't like doctors in general - they still tend to put a lot of stock into what their own doctor advises for them. That's what we're trying to leverage now, to really activate the physician community, encourage physicians to talk about the vaccine at any clinical encounter whether it's related to vaccines or not, and to consider stocking the vaccine themselves so that they can offer it then and there. I think this is part of a necessary normalization of the COVID vaccine. In time, the COVID vaccine is just going to be another vaccine that people get like any other, it's going to be normalized. And we're in that transition process right now, moving from these high volume, high throughput sites that are special and new into a more normal means of getting people vaccinated

“At, at the present rate where we are now - where we will be in the fall?”

“Tough to say... it's not clear yet how much adolescent vaccinations are going to increase,” Kanter said. “Moderna actually formally applied today to the FDA to extend their emergency use authorization, similar to how Pfizer did, for kids as young as twelve. And there are studies ongoing for kids as young as two. So I don't know how what's gonna change for the remaining adults who are eligible but have not yet chosen to get vaccinated. It's really, really tough to say. I think that number continues to go up. We're certainly not trying to benchmark anything against it. At the end of the day, what matters is what the virus is doing. And just like the entirety of this pandemic, should cases go up, should the hospitals become threatened again, we would need to Institute more restrictions. If that doesn't happen, we probably won't have to.”