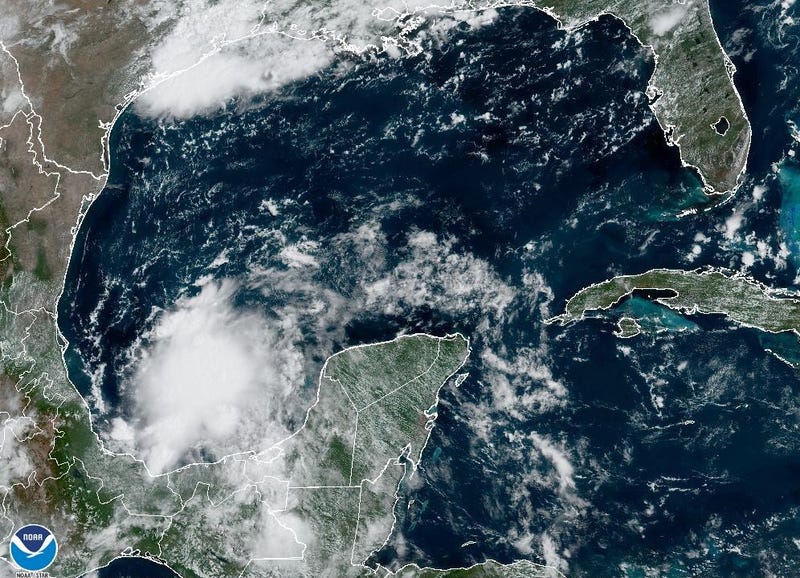 A tropical wave in the southern Gulf of Mexico now has a 70 percent chance of becoming a tropical depression or Tropical Storm Danielle by tomorrow.

"Satellite imagery indicates that showers and thunderstorms associated with the broad low pressure area over the southwestern Gulf of Mexico and the Bay of Campeche are getting better organized," National Hurricane Center Senior Hurricane Specialist Jack Beven said. "Environmental conditions appear favorable for additional development, and a tropical depression could form later today or on Saturday while the system moves northwestward across the southwestern and western Gulf of Mexico."

If the system develops into a tropical cyclone, it is expected to be short-lived.

"By Saturday night, the system is expected to move inland over northeastern Mexico, which will end its chances of development," said Beven.

#Tropics: NHC has increased chance for tropical development in the Gulf before #Invest99 reaches the coast of Mexico late Saturday. Most guidance points to a depression, but Hurricane Hunters are currently investigating. Again, NOT A THREAT FOR US! #BeOn4 @wwltv pic.twitter.com/VsWrfE79HD