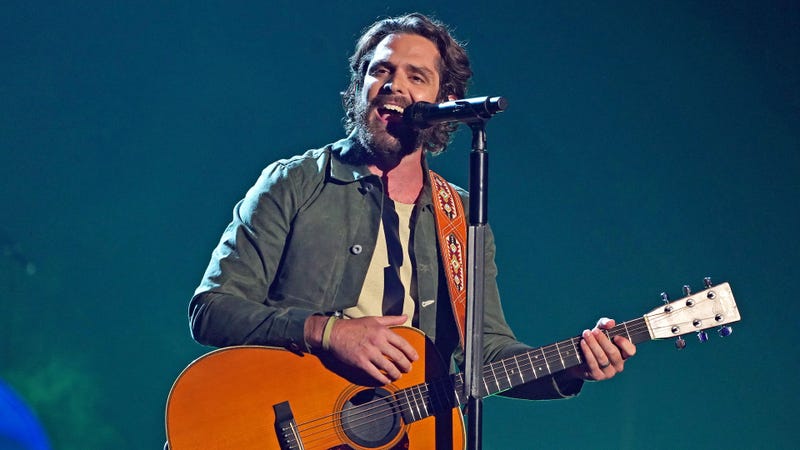 Thomas Rhett is no stranger to being around Country stars, but turns out he isn’t immune to getting starstruck in the company of some of the biggest icons from the genre.

During a recent interview with Audacy’s Katie Neal for the Superstar Power Hour, Rhett shared details of the first time he found himself in the presence of George Strait and what happened when he walked up to introduce himself.

“It was like three years ago, we were at the ACM Honors event here in Nashville and there was a few of us new artists, but mostly it was like, icons” he said. “They wanted to do a big group picture and so I was literally sitting next to Alan Jackson and George Strait was behind me and Dolly Parton was on the other side of me. I was like, ‘This is wild!!’”

Having never met George, Rhett made the most of the situation, as any fan would, and took the opportunity to introduce himself.

“I had never met George, and I went up to introduce myself,” he recalled. “I can’t even remember what he said, but it wasn’t a lot, it was like very brief and I was just like, ‘Man, that’s the king!’”

Rhett is an idol to many in his own right as he continues to accomplish great success in the industry. Check out his full conversation with Katie above to hear about his latest album, how chaotic his house is with four daughters and when his next album will release.