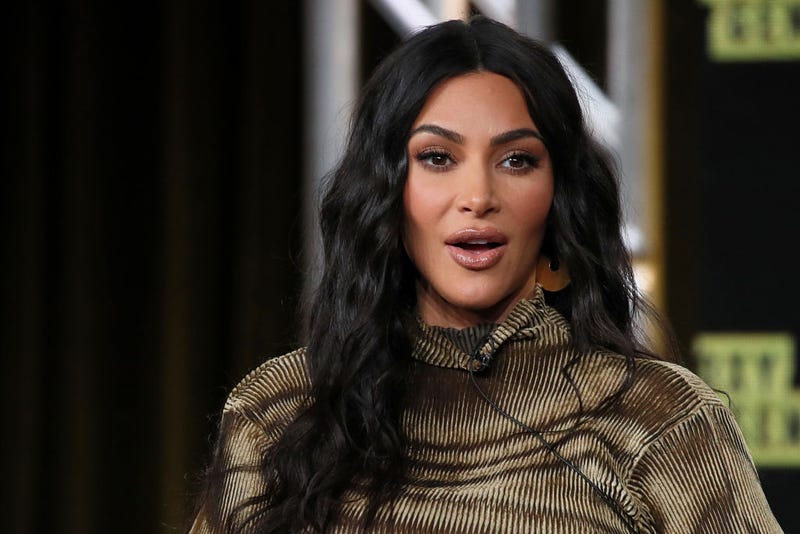 KIM KARDASHIAN recently posted some pictures of herself on the beach, modeling her Skims. And in one of the pics, her leg was weirdly elongated between the knee and the calf. It was an obvious Photoshop fail, and you can check it out here.

After the Chiefs knocked the Bills out of the playoffs, Kansas City fans teamed up to donate $178,000 to a charity named after the grandmother of Bills quarterback JOSH ALLEN. It benefits a Buffalo children's hospital.

MINNIE MOUSE now rocks a pantsuit instead of a dress for Disneyland Paris' 30th anniversary celebration. It was designed by STELLA MCCARTNEY.

EMINEM is re-releasing his albums on limited-edition vinyl with re-designed covers.

🤯 @hirst_official reimagined 12 of my album covers for @interscope’s 30th anniversary! Limited edition vinyl drop on @NTWRKLIVE this Saturday to raise money for the Iovine and Young’s new school in SoCal - https://t.co/F757AYIheC pic.twitter.com/iq1xcG06cj

HILARY DUFF gave her daughter a hairdo inspired by Cynthia the doll from "Rugrats".

JONAH HILL's black eye did NOT come from a fistfight with Baby Yoda.

D.A.R.E. says the HBO series "Euphoria" glamorizes drug use, addiction, anonymous sex, violence, and other destructive behaviors among teens. And they would like to meet with HBO to, "present our concerns directly."

NICOLAS CAGE has a crow named Hoogan, who not only TALKS, but also calls him names.

GOLDIE HAWN says we're failing to help our kids through the trauma they're facing as a result of COVID-19. She thinks we need to concentrate on preventive care and early intervention, instead of just providing "crisis care" when things get out of hand.

NEIL YOUNG's music is no longer on Spotify. Earlier this week, he demanded they choose between him and JOE ROGAN, saying he can't support the platform if they contribute to the spread of "false Covid-19 information." Well, Spotify went with Joe.

Yesterday was the second anniversary of the helicopter crash that killed KOBE and GIGI BRYANT, and a sculptor erected a bronze statue at the site. Also, here are some celebrity tributes . . . and Lamar Odom was gifted a necklace in their memory.

DAN LEVY is mourning the loss of his dog.

Peter Robbins, the actor who first gave voice to the beloved Peanuts character Charlie Brown, has died at age 65.

Robbins embraced many aspects of having portrayed one of America's most beloved characters, including naming his own dog Snoopy.https://t.co/PTzgkS7a2s