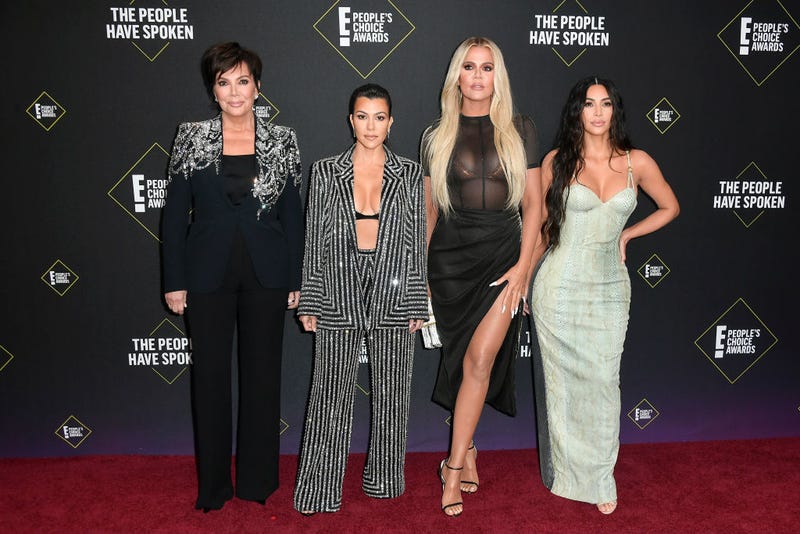 People on Reddit are talking about the celebrity family Thanksgiving dinners they'd like a seat at the table for . . . and the highlights include: The Kardashians . . . the Hanks family . . . and Nick Cannon's very extended family.

In a new poll from Variety, 36% of Marvel fans say they're "fatigued" by the content that's coming out. Only 20% of DC Comics fans feel the same . . . but they're less likely to feel the need to watch EVERYTHING in the universe.

Qatar's last minute beer ban at the World Cup left Anheuser-Busch in a tough spot. So they've announced that they're shipping all the unsold beer off to the country that wins the World Cup . . . provided it isn't Qatar.

New Day, New Tweet. Winning Country gets the Buds. Who will get them? pic.twitter.com/Vv2YFxIZa1

There's going to be a 20th anniversary special of "Love Actually" with Diane Sawyer. It airs Tuesday, November 29th on ABC.

"Top Gun: Maverick" will go to Paramount+ on December 22nd.

me before recording my version of I’ll be home for christmas (quismois) pic.twitter.com/Mmz7gvEzIj

You: Face reveal when?
Us: pic.twitter.com/TVpWfgAVxb

Metallica's benefit concert in L.A. will be live-streamed on Paramount+ and MTV's YouTube channel. Jimmy Kimmel is hosting, and there'll be an opening performance from Greta Van Fleet. The show starts at 7:30 p.m. on Friday, December 16th.

A post shared by All Within My Hands Foundation (@allwithinmyhandsfoundation)

Daniel Craig also returns to the big screen today as Detective Benoit Blanc for the"Knives Out" sequel "Glass Onion: A Knives Out Mystery".

Olivia Rodrigo interviewed Jenna Ortega from "Scream" and found out they both hate when people talk to them from underneath a bathroom stall. Jenna also said she gets anxiety and can't "go" until people stop talking to her.

And James Cameron says Leonardo DiCaprio almost lost his chance at "Titanic" because he had a negative attitude in the audition, and didn't want to read lines with Kate Winslet. But he finally agreed, and nailed it.