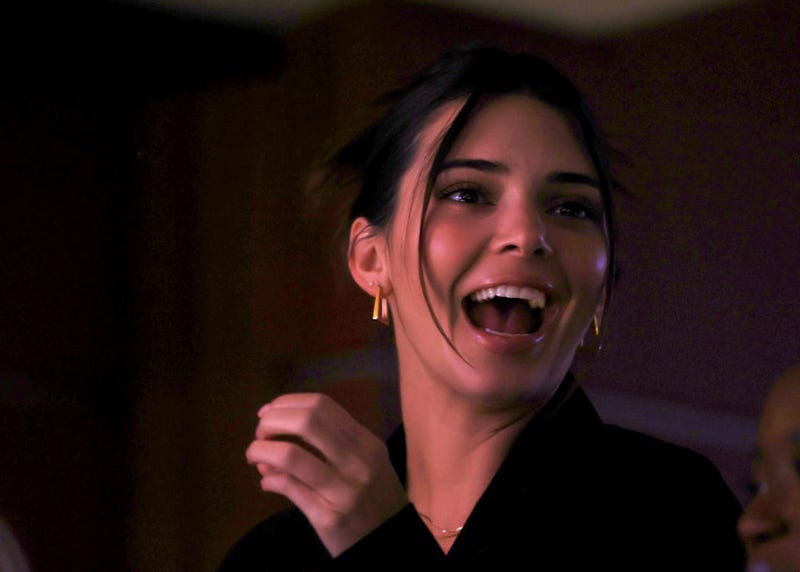 KENDALL JENNER struggled to properly cut a cucumber on the latest "Kardashians" episode and the Internet called her out on it. She was a good sport about it though and even commented "Tragic!" to a Twitter user's reaction.

Kendall Jenner trying to cut a cucumber has to be the funniest thing I’ve seen all week, it’s hard being rich! pic.twitter.com/TpepDJqlMw

The character Francesca Bridgerton on "Bridgerton" is being recast. The original actress had to leave due to scheduling conflicts with another Netflix series, so Hannah Dodd from "Anatomy of a Scandal" is taking over.

GENE HACKMAN hasn't acted since the 2004 movie "Welcome to Mooseport". At 92 years old, he's enjoying his retirement in Santa Fe, New Mexico and writing novels. But he recently ventured out for an event called "Broadway Confidential", where he snapped a picture with former "Saturday Night Live" star Ana Gasteyer and Sirius XM host Seth Rudetsky.

ADELE recently bought SYLVESTER STALLONE's pad for $58 million, and it came with a poolside Rocky statue. It's a sweet house in a gated community where Denzel Washington, Magic Johnson, and Justin Bieber live.

Millennials on Reddit revealed some of their childhood crushes on TV and movie characters. They include the Pink Ranger on "Mighty Morphin Power Rangers" . . . Brendan Fraser in "The Mummy" . . . and Sarah Michelle Gellar on "Buffy the Vampire Slayer".

A sequel to "This Is Spinal Tap" is in the works. The guys have to get together for one last, contractually-obligated concert, even though they haven't worked together in years. It's coming out in 2024, the 40th anniversary of the original.

Check out a teaser for Netflix's upcoming "Resident Evil" series.

HENRY CAVILL cooked for HIMSELF on his birthday.

And listen to EWAN MCGREGOR defend the "Star Wars" prequels.

Ewan: “I like them. Episode 3 was a really good movie.”