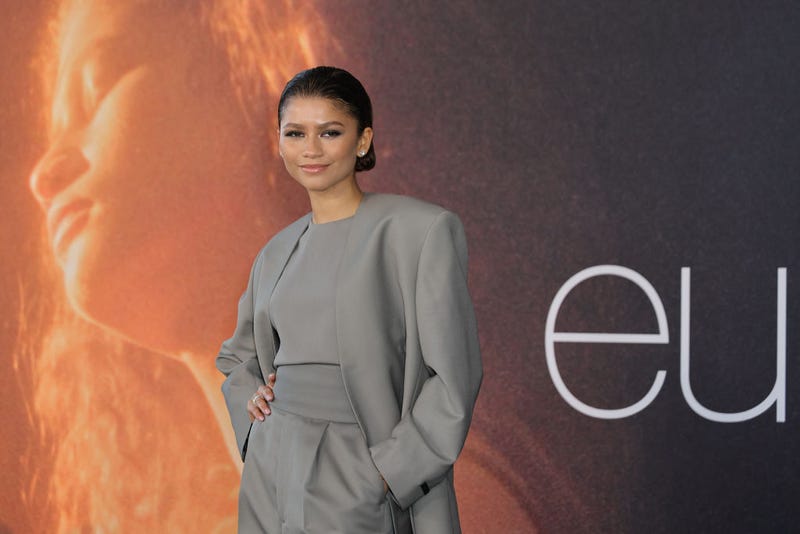 A source says that CHANNING TATUM had some patrons kicked out of a London restaurant because he thought they were taking his picture. But they weren't. They were taking pictures of each other.

On a related note, restaurant workers shared their personal experiences serving celebrities. Some were positive like Kurt Russell and Goldie Hawn, but others were negative like Stephen Baldwin.

A woman in the gallery at the JOHNNY DEPP / AMBER HEARD defamation trial held up a child and yelled to Johnny, "This baby is yours!" She was kicked out of the courtroom.

KURT COBAIN's guitar from the "Smells Like Teen Spirit" music video sold at an auction for $4.5 million. The buyer was Indianapolis Colts owner JIM IRSAY. Part of the proceeds went to a mental health charity.

A post shared by The Jim Irsay Collection (@thejimirsaycollection)

CHRIS HEMSWORTH gets NAKED, although not on purpose, in the new "Thor: Love and Thunder" trailer.

With "Top Gun: Maverick" coming out on Friday, "BuzzFeed" ranked the 21 best performances of TOM CRUISE's career. The top three are: "A Few Good Men". . . "Magnolia". . . and "Born on the Fourth of July".

And check out the trailer for "Mission: Impossible - Dead Reckoning Part One". It hits theaters July 14th, 2023.

B.J. NOVAK wrote, directed, and is starring in a comedy called "Vengeance", co-starring ASHTON KUTCHER and ISSA RAE. Check out the trailer.

There's finally a trailer for the DAVID BOWIE movie "Moonage Daydream".  It hits theaters in September, then HBO in spring 2023.

"Fantastic Beasts: The Secrets of Dumbledore" is headed to HBO Max on Monday, the 30th.

The soundtrack for Baz Luhrmann's "Elvis" biopic will include original songs and covers of Elvis classics. The lineup includes Jack White . . . Stevie Nicks . . . Eminem with CeeLo Green . . . and Tame Impala.