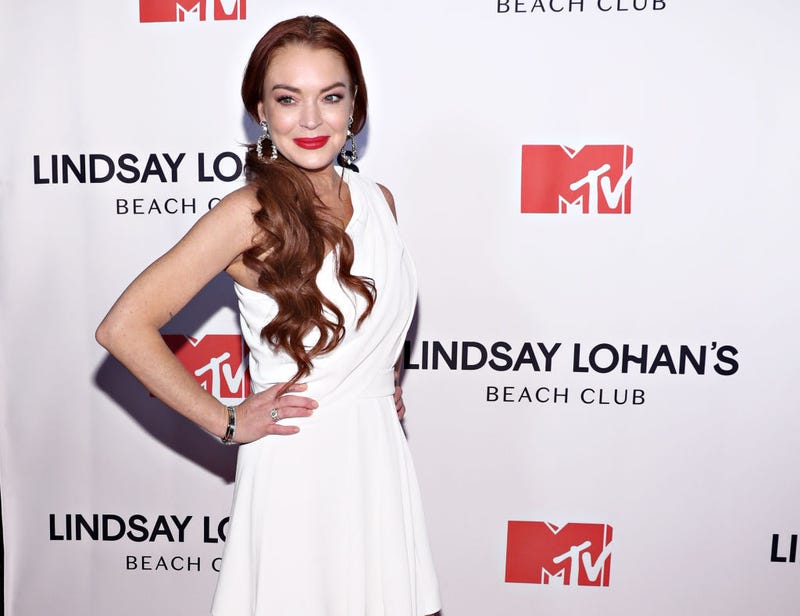 LINDSAY LOHAN and her fiancé Bader Shammas are married. She announced it on Saturday. Bader works in finance, and they've been together for more than three years.

TRAVIS BARKER took to Twitter to explain how he ended up in the hospital. During an endoscopy, a polyp was removed, but damaged a critical pancreatic drainage tube, causing the pancreatitis.

JAMES CAMERON's "Avatar" sequel "Avatar: The Way of Water" hits theaters on December 16th. They are gonna be long. Like, three hours or more. Cameron also explained how he's bringing SIGOURNEY WEAVER back for "Avatar 2", even though her character died in the first one. She's playing a totally different character. She plays Kiri, Jake and Neytiri's adoptive teenage daughter.

"Rocketman" star TARON EGERTON has had talks with Marvel about playing Wolverine in the MCU. He says, "Hopefully if it does come around, they'll give me a shot."

THE BACKSTREET BOYS brought out DRAKE for their performance of "I Want It That Way" during a show in Toronto. He called it "one of the greatest songs of all time."

DENZEL WASHINGTON, Olympian SIMONE BILES, and 15 others will receive the Presidential Medal of Freedom.
https://www.hollywoodreporter.com/news/general-news/denzel-washington-simone-biles-presidential-medals-freedom-1235174868/

And "Minions: The Rise of Gru" set a record for biggest July 4th opening weekend with an estimated $125 MILLION.