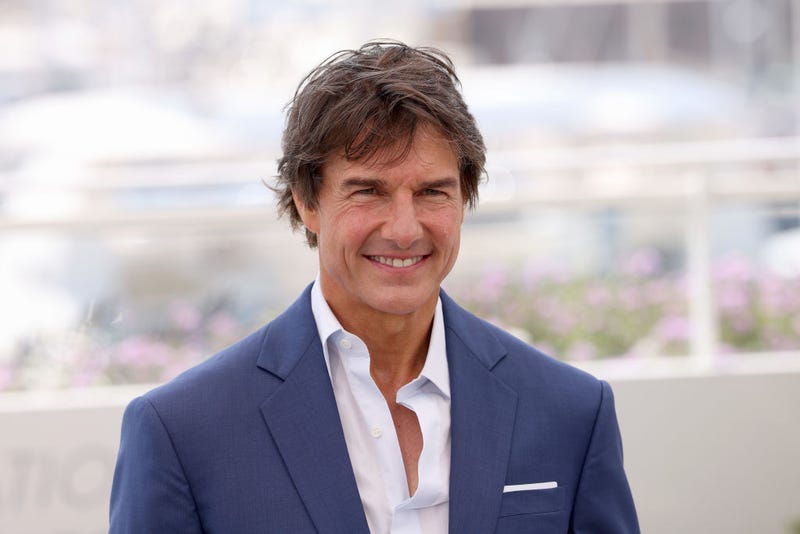 Tom Cruise could earn up to $90 million for "Top Gun: Maverick". The movie has made $1.1 billion at the box office so far and he's set to earn 10% of Paramount's cut, not to mention what he'd get from the DVD and streaming release.

Speaking of money, Rihanna is the youngest billionaire on the "Forbes" list of the richest self-made women in America. She's 34 and valued at $1.4 billion. Other celebrities who made the list include Kim Kardashian ($1.8 billion), Kylie Jenner ($600 million), and Madonna ($575 million).

Keanu Reeves made a young fan's day when he took the time to give an autograph and answer his long list of questions at a New York airport. He even asked the kid questions about his own trip.

Keanu Reeves was on my flight from London to NYC today. A young boy asked for an autograph at baggage & then began to fire off a series of rapid-fire questions. Keanu happily responded to every single one… pic.twitter.com/T7m7PciL5C

Shazam made a list on RobertsRadio.com of the 40 most-searched songs from movies. The top three are "See You Again"from "Furious 7". . . "Happy"from "Despicable Me 2". . . and "Gangsta's Paradise"from "Dangerous Minds".

We have watched A BILLION HOURS of "Stranger Things 4". That's not just in the U.S., but worldwide. It also includes both parts of the season, over the first 28 days since Part 1 started streaming. And remember that sword Hopper uses when he fights the Demogorgon? It was also used by Arnold Schwarzenegger in "Conan the Barbarian".

Chris Rock and Lake Bell are rumored to be dating.

Sammy Hagar makes more money from his business ventures than he does from music. "We all walk out on stage, and we're happy to do it, because we don't have to do it . . . We do it for fun."

Caleb Johnson says he hated the song they made him sing when he won "American Idol". "The song was just utter crap. Like it was just the worst song ever."

And Ray J got a really weird tattoo of his sister Brandy on his leg.