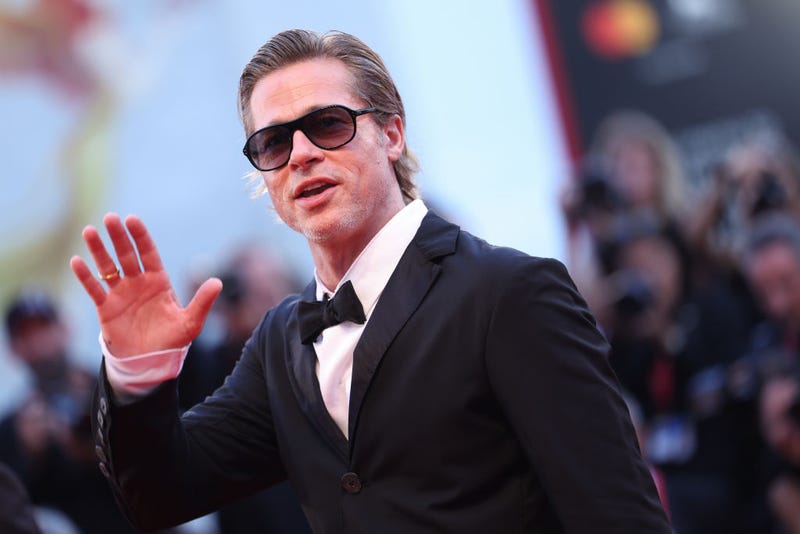 Brad Pitt is launching a new skincare line that contains antioxidants made with grapes from his Chateau Miraval winery. He says he was inspired by Gwyneth Paltrow and her Goop empire.

Emily Ratajkowski says Adam Levine is to blame for whatever happened between him and model Sumner Stroh. "The power dynamic is so skewed, it's ridiculous. Like, it's predatory, it's manipulative, I can't imagine."

The Byers' house from "Stranger Things" just hit the market for $300,000. It sits on six acres in Georgia and has three bedrooms and two bathrooms. Just like on the show, it's a fixer-upper. (See photos here on the Zillow listing.)

Plus, if you could somehow unblur this photo, you would know everything that's going to happen on Season 5 of "Stranger Things".

The Twitter account for "Netflix Is A Joke" claims that it made a "bot" watch every episode of "Cobra Kai" and construct its own story. Then they animated the result.

We worked with @KeatonPatti to make a bot watch every episode of @CobraKaiSeries and then write its own episode of Cobra Kai. Here's what it came up with pic.twitter.com/YWeV7lnkOi

The hunt is on for the next James Bond . . . and applicants are advised they should be prepared for a 10- to 12-year commitment.

The first two contestants were unmasked last night on "The Masked Singer". And no, neither one was Tom Brady. Knight went home first, and when the metal helmet came off, It was William Shatner. Hedgehog would also be going home, and it was Eric Idle.

"The Nightmare Before Christmas" will be 30 years old next year. And the way things are in Hollywood, it's baffling that there hasn't been a sequel yet. It sounds like there could have been one several times by now, but there's one particular sticking point: Director Henry Selick and producer Tim Burton are only willing to do it using stop-motion animation like the original.

David Cronenberg's horror classic "Scanners" is being turned into a series for HBO.

Taylor Swift has three categories she puts her lyrics in, depending on the pen she imagines she's writing them with. They are: Quill Lyrics, Fountain Pen Lyrics, and Glitter Gel Pen Lyrics.

Katy Perry doesn't have a full-time nanny because she wants to know how to take care of her almost two-year-old daughter. She said even when she has shows that run late into the night, she likes to wake up early and have breakfast and go in "mom mode".

Adam Sandler said the negative reviews of his movies only bother him sometimes because he puts the people he cares about in them, and he wishes they didn't have to read the negativity.

Post Malone still hasn't made peace with that hole he fell into onstage.

And QAnon conspiracy theorists think something big is happening on Saturday, because of something a German politician said, plus an episode of "The Simpsons" from 1998.