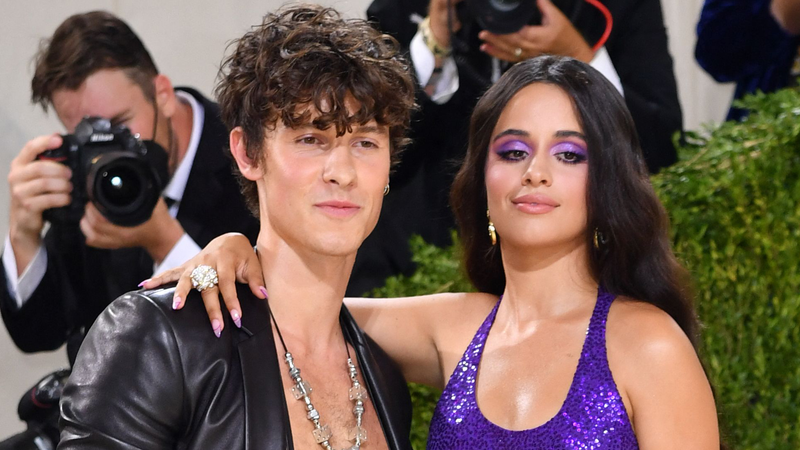 It was just two weeks ago that after more than two years and a “Summer of Love” together, Shawn Mendes and Camila Cabello both posted identical breakup announcements telling the world they’ve ended their romantic relationship, but will "continue to be best friends.” Which, if we’re being completely honest, we still haven’t fully recovered.

Now, to make matters worse, or idk is it better? Shawn is giving us some insight into his feelings about the emotional split with his latest single “It’ll Be Okay.”

While the reassurance is most likely a public letter to Camila, we’re going to pretend it’s also for us because we’re still reeling from the unexpected end to this relationship. As we’re sure most of you could also agree, to fans Camila and Shawn seemed completely solid, being all cute on red carpets, making out on Miami beaches, and even recently enjoyed a getaway to Mexico. So, yeah… a total surprise.

That being said, we obviously don’t know about all the ins and outs of the relationship. So while Shawn’s song makes us want to curl up on the couch and cry, the honest lyrics that we’re about to overthink will at least possibly give us a better understanding into the breakup — which was clearly one of Shawn’s intentions. You down? Then please proceed.

Starting with an eerie resonant melancholy tempo, Mendes emotionally begins to sing, “Are we gonna make it? / Is this gonna hurt? / Oh, we can try to sedate it / But that never works.”

For this bit, we’re just going to assume it’s Shawns way of lyrically breaking down what many media outlets (we’ve chosen to utilize E!) have been reporting for the last two weeks. Which is that while the breakup was sad it wasn’t “bad,” the romance between the two simply faded, as an E! insider explained. "The relationship was getting stale and complacent, and they decided they are better off being friends.”

In the pre-chorus Shawn begins to paint us a picture of his internal struggle — “I start to imagine a world where we don't collide / It's making me sick but we'll heal and the sun will rise.” Which idk about you but is pretty…heart-wrenching, but self-explanatory.

Here we overthink that Shawn is once again taking a step back to look at how the relationship has evolved. And while they still very much love one another, it might be time to admit that they’re no longer in love with each other in that same way. Also not sure if “bleeding” is supposed to be taken literally here, but we’re gonna guess it’s a simply meant as a metaphor. Indicating that while walking away from the wounded relationship will be difficult, in the end “It'll be okay.”

Well okay then, thanks for coming along this journey with us , but we’re officially emotionally drained. And despite listening to “It’ll Be Okay” on repeat while writing this, we’ve now grown attached and need to listen to it a few more times or idk maybe just leave it on repeat.

If you feel like doing the same, you can listen to Shawn’s beautiful, reassuring, sad single below.