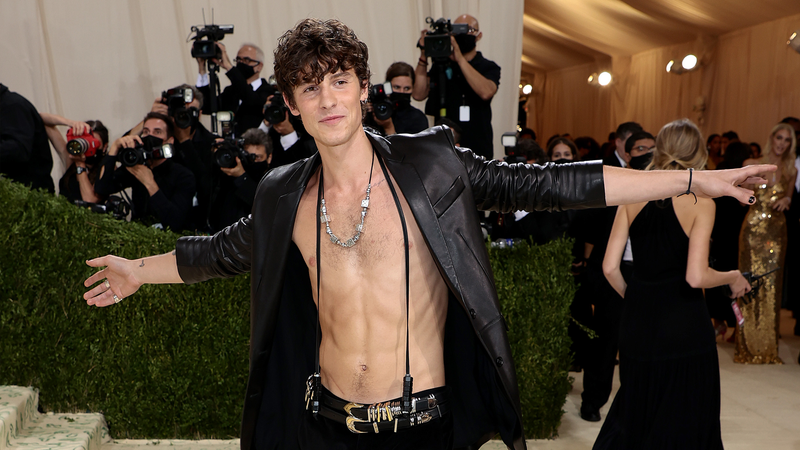 Like we reiterate every Thursday, the art of taking a thirst trap is a lot more complex than it may seem, and at times, slightly dangerous. Thus was the circumstance for Shawn Mendes, who posed for a sexy shirtless pic while on a hike during a sunny day in LA.

At first glance, Shawn’s latest Instagram post would appear to be, like so many of his other posts, a very on brand shirtless pic. In the plandid pic, Shawn rocks a pair of black shorts, casting a smoldering look at the camera. However once you glance at the caption that reads, “i guess that’s what i get”, and swipe to the second slide, you get hit with a plot twist.

Mendes also included a video of himself taking a bit of a tumble directly after posing to get the shirtless snap — proving that the act of trapping thirst isn’t always a walk in the park (or in the case, a hike on a hill).

In the clip which he hilariously layered with John Mayer’s “Gravity”, Shawn is seen turning his back to the camera and just as he flexes both arms, his right foot slips and he (rather graciously) falls. But don’t worry, it wasn’t a major.

All in all, it’s giving “Instagram vs Reality”— and though we didn’t think it was possible, it makes us love Shawn even more.