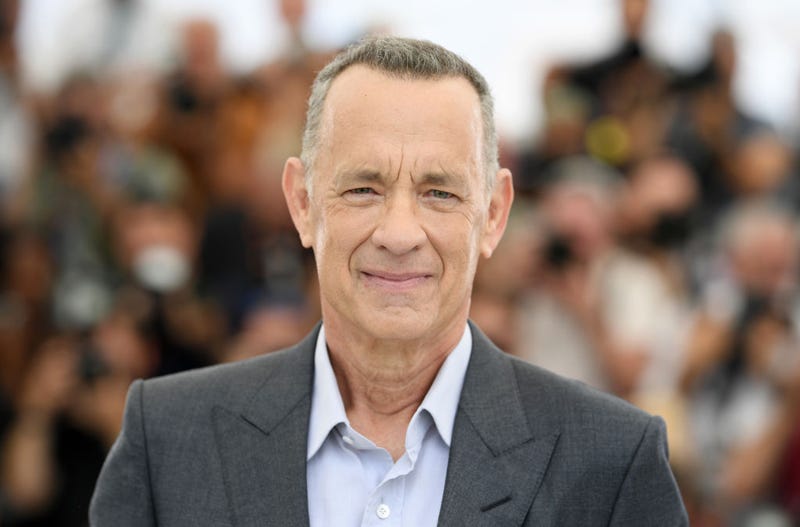 Tom Hanks launched a packaged goods company called Hanx for Our Troops. The first item he came out with is Hanx coffee. All profits will go to organizations that help U.S. military veterans and their families.

A post shared by Hanx For Our Troops (@givehanx)

Kim Kardashian and Kanye West have settled their divorce. They're sharing joint custody of the kids, and will have "equal access" to them. But it's likely they'll spend most of their time with Kim, like they already do. Also, Kanye will pay over $200,000 in child support. And he's responsible for half of their security and educational needs. Neither of them will receive spousal support. The division of their assets was already agreed to in their prenup.

Check out the new trailer for "The Super Mario Brothers Movie". It introduces Anya Taylor-Joy as Princess Peach, Charlie Day as Luigi, and Seth Rogen as Donkey Kong.

Did you know Disney+ made an animated "Night at the Museum" sequel? It premieres December 9th. Check out the trailer.

BuzzFeed.com has a list of surprising jobs celebrities had before they were famous include: Whoopi Goldberg as a morgue beautician, Christopher Walken as a lion tamer trainee, and Simu Liu as a kid's birthday party Spider-Man.

Ariana Grande posted a "rare" photo of herself with her husband Dalton Gomez.

Kristen Bell and Dax Shepherd dressed as Cindy Lou Who and the Grinch to give away free diapers.

Sadly, Clarence Gilyard from "Die Hard", "Matlock", and "Walker Texas Ranger" died after a "long illness." He was 66.

"Easy Rider" is being rebooted for modern audiences. The producers say their goal is to "give the youth of today a film that pays serious attention to their own countercultures and challenges."

Metallica recently started letting their music be used in movies and TV shows, like "Stranger Things". Lars Ulrich said they started saying yes to everything because they want to share their music with the world.

And when "American Idol" debuted in 2002, Simon Cowell was immediately branded the MEAN judge. But Mike Darnell . . . the former head of Fox's reality TV division . . . says it was all an ACT. "In all the other shows before him, everyone was polite and nice, and I knew that [being mean] was going to be [his] thing. Simon, to his credit, was willing to do anything."