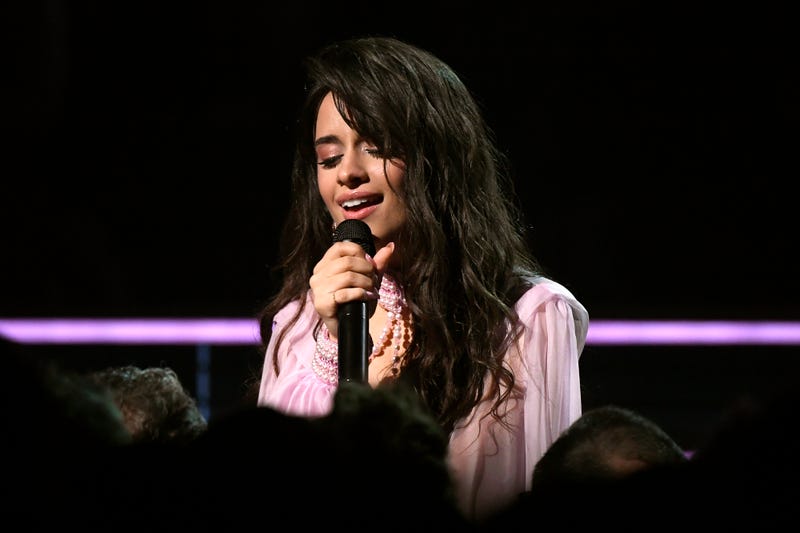 After her Friday night performance on The Tonight Show Starring Jimmy Fallon, Camila Cabello has had to defend and clarify some of the details, since viewers pointed out that one of her dancers was wearing darkened makeup that seemed racially offensive.

The “Havana” singer took to social media on Saturday to share some clarification about the dancer’s makeup. She said Dylan Pearce was “just supposed to be a white man with a terrible spray tan,” during the performance of her new track, “Don’t Go Yet.”

Cabello Tweeted, “We purposefully tried to pull together a multicultural group of performers, the expectation was not that everyone in the performance needed to be Latin. There are white people, African American people, latin people, etc. and so the point wasn't to try to make everyone look Latin either. There are a lot of people in the performance who are not."

Camila went on to say, “the point was to try to make each person look like an over-the-top 80's character just like in the video, including a white dude with a terrible orange spray tan."

Amidst her string of Tweets, Camila included a screenshot from Pearce’s Instagram story, where he is showing off his performance look. He captioned the story, “In case you missed my spray tan last night on @jimmyfallon with @camila_cabello."

The stylist for the performance, Lisa Katnić, wrote, “For people messaging me feeling stressed about this character, he is meant to have a bad fake tan. The makeup artist put light concealer around his eyes to express that. Perhaps it needed to be lighter so it was more pronounced. This is not blackface. Sorry if it looked like that to anybody but I assure you that was not the vibe."

After sharing her explanations, Cabello was unable to appease her critics. Many referred back to her past controversies related to racism. Earlier in the year, Camila spoke about going to a racial healing session after her old Tumblr posts resurfaced, that contained the n-word and other racially charged remarks and jokes.

A viewer on Twitter remarked, “instead of trying to find an excuse for that man, you should at least apologize to the community you have offended. disappointed smh.”