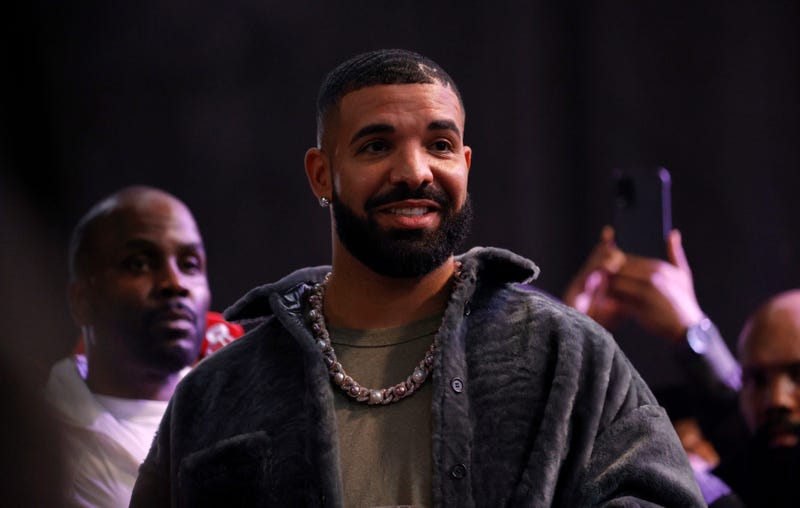 Several years later, Drake is still in his feelings about his dad’s tattoo portrait of him. The superstar rapper’s dad, Dennis Graham, permanently inked Drake’s face on his arm back in 2017.

On Monday night (Aug 8), Drake randomly reminisced about his dad’s ink via Instagram. The “Jimmy Cooks” rapper tagged his dad and wrote, “I was sitting here thinking why you do me like this we family” followed by crying laughing emojis. According to TMZ, Dennis’ massive tribute tattoo took four hours to complete and was done by tattoo artist Money Mike, who appeared in Season 13 of Paramount Network’s Ink Master.

Dennis commented on Drake’s recent post, explaining that he went to 16 different tattoo artists in order to improve the artwork. “...They’re hurting me,” he added. Drake’s dad eventually got the tattoo redone in 2018 by Inal Bersekov. "Thanks so much my brother for working your magic on my tattoo, I am so grateful for your greatness," he wrote on social media at the time.

Additionally, Drake has a tattoo of his dad’s mugshot on his arm done by celebrity artist Dr. Woo. The rapper’s other tattooed portraits include Denzel Washington, Aaliyah, Sade, Lil Wayne, his late friend Anthony Fif, his grandma and his uncle.